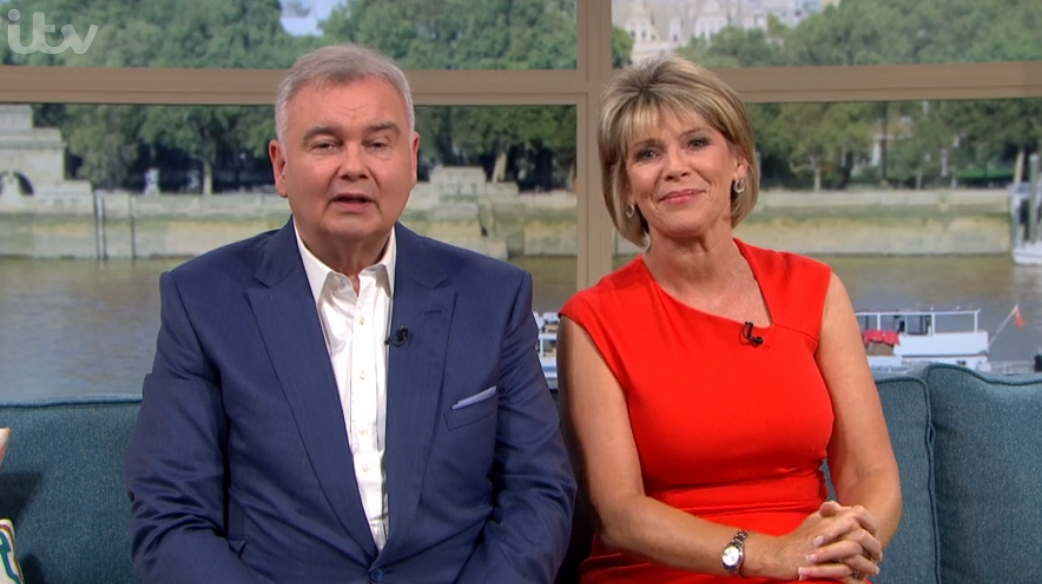 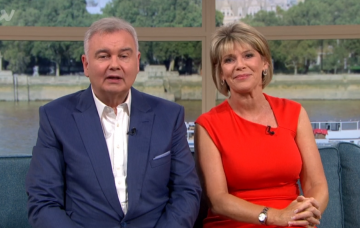 As panellist Kaye Adam told viewers what was coming up on Loose Women, Ruth – co-hosting This Morning – was unaware her mic was still on and could be heard asking who Denise was.

She asked her husband and co-host Eamonn Holmes back in the This Morning studio: “Who is that sitting next to [Kaye] in orange?”

Read more: Ruth Langsford admits to weeing in the shower!

Kaye then stopped what she was saying and said: “Oh Ruth’s talking to us.”

Surprised Ruth said: “Oh, can you hear me?” as Denise said: “Thanks very much Ruth.”

Ruth, 57, then told her fellow co-star: “I was just talking about us both wearing orange Denise, I didn’t know you could hear me.”

She told the panel: “It’s a good job that the colour of her dress was all I was talking about really, isn’t it?

“You know, the things we all discuss in the commercial breaks.”

As the show returned to the This Morning studio, Eamonn told his wife: “Well, that’s one thing about me I don’t indulge in any gossip.”

Ruth replied: “You don’t darling, you’ll never get into that kind of trouble.”

The husband-and-wife duo wrapped up their summer stint hosting This Morning on Friday.

Ruth and Eamonn have been filling in for Holly Willoughby and Phillip Schofield but they’re returning to the sofa on Monday, September 3.

And when Phil and Holly return, the show will be delivering “exciting new content” ahead of its 30th anniversary in October.

Viewers will also be introduced to some changes to the show, including a brand new title sequence!

“Phil and Holly are back on Monday, we wish them well.”

Ruth and Eamonn will return next Friday (September 7) for their usually Friday slot.

Have you enjoyed watching Eamonn and Ruth on This Morning this summer? Leave us a comment on our Facebook page @EntertainmentDailyFix and let us know what you think!