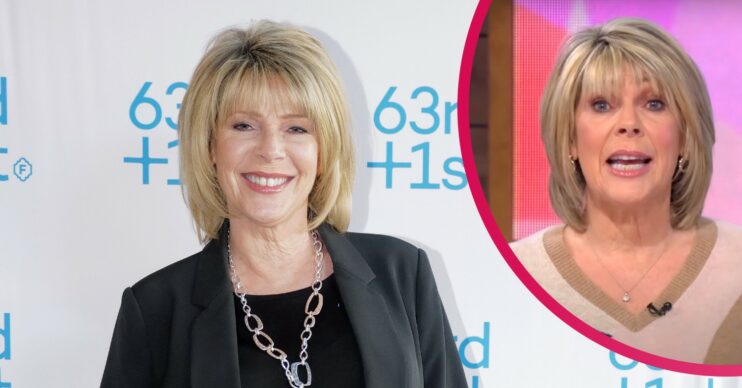 Fans were loving her new look!

Ruth Langsford stunned her fans as she showed off her new eyebrows via her Instagram yesterday (Sunday, March 13).

The 61-year-old Loose Women star revealed to her one million followers that she has had her eyebrows tattooed on!

Ruth took to Instagram yesterday to show off a new semi-permanent transformation she’d had done.

The star posted a five-and-a-half-minute-long video for her one million followers to see, as well as a lengthy caption explaining what she’d had done.

In the video, Ruth documents her makeover, showing herself before, during, and after her transformation.

“Good morning, now you may be wondering what I’m doing – I’m about to have my eyebrows done – semi-permanent makeup,” Ruth said at the start of the video.

She then introduced Naomi, who was going to be tattooing her eyebrows. Naomi explained that it wouldn’t hurt, it would just be “scratchy”.

After the procedure was done, Ruth gave fans a better look at her new eyebrows.

She explained that it would take a few weeks for them to change into their natural colour. However, she said she was happy with them.

Ruth also posted a lengthy caption along with her video.

“So I finally bit the bullet! I’ve been thinking of having my eyebrows tattooed for a while and yesterday I did it!” she wrote.

“Well I didn’t do it… my friend, the very professional and very lovely Naomi, owner of @thelittleparlour did it!” she continued.

“If you’ve been thinking about it too we put together this little video so you can see the process… it really didn’t hurt… just a bit scratchy… honestly! The technique is called ‘Powder Brows’,” she wrote.

Hundreds of Ruth’s followers took to the comment section to let the 61-year-old know how good her new eyebrows looked!

How did Ruth Langsford’s fans react to her new eyebrows?

It’s safe to say that Ruth’s followers were loving her new eyebrows!

“They look lovely Ruth, you look fab!” one follower wrote.

Read more: Ruth Langsford hits back on Instagram after critics mocked her appearance

“They look amazing and your skin looks FAB-U-LOUS,” a third commented.

“It looks fab Ruth,” another wrote.

Not everyone was a fan, however. “Deffo prefer your own,” one follower wrote.

Ruth said that she would be keeping her fans updated with her new look, so we expect we’ll see much more of Ruth’s transformation over the coming weeks!