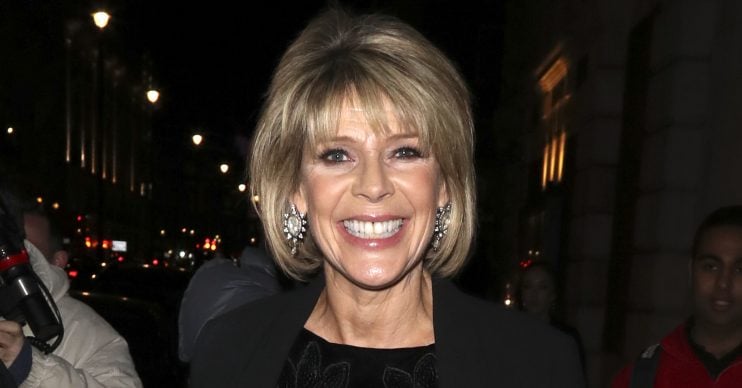 ITV panellists headed to Manchester to support their TV colleague

Ruth Langsford and Saira Khan had a whale of a time in Manchester this weekend as they turned out to support Loose Women colleague Coleen Nolan.

Coleen, 54, made her stage debut in Thunder Girls at The Lowry earlier this week – and according to her work pals, she’s a hit!

“Oh what a night,” Ruth captioned a snap of her, Saira, Coleen and ITV production crew members in front of a poster for the show.

“SO proud of our girl @coleen_nolan starring in her first ever play… she was brilliant!”

A week to go….#thethundergirls #nervous #excited

Ruth, 59, also seemed to suggest that celebrations continued late into the evening.

Saira, 49, also expressed her eager gratitude to both Coleen and other Loose Women workers on Instagram.

She captioned the same image shared by Ruth: “What an amazing, fun, evening watching our fabulous friend Coleen Nolan starring in #thundergirls – you are a natural Nolan!”

Commenting about spending time with her Loose Women colleagues after the show, the former Dancing On Ice contestant added: “Thank you for a night of belly laughs!”

According to a review by the Manchester Evening News, Coleen ‘slays’ in her role and was “on fire” from the moment she stepped on stage.

“Her ad-libbing was lapped up by the audience who couldn’t get enough,” the critic added.

Thunder Girls follows the story of a former pop star – played by Coleen – who has been in hiding for over thirty years since a scandal caused her to become disillusioned with showbiz.

We’ve laughed, we’ve cried, and we’ve just had the best girly weekend together. My ribs are aching from the giggles and belly laughs. You are the best tonic @ruthlangsford and I know I will be laughing in my sleep for weeks to come! #girlfriend #fun #laugher @loosewomen