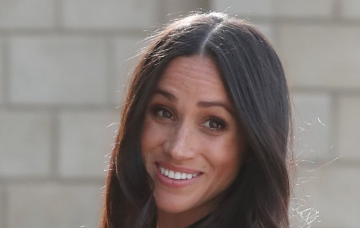 They enjoyed a 'last supper' ahead of the big day

Meghan Markle’s former co-stars from the legal drama Suits came together for a dinner on the eve of the Royal Wedding.

Another close friend of Meghan, set to attend the big day, is Indian actress and philanthropist Priyanka Chopra.

In the early hours of Friday morning, she posted pictures on Twitter from a transatlantic flight.

Alongside one picture, from her seat on the plane, the Quantico actress wrote: “C u on the other side.”

While Kensington Palace is not releasing an official full guest list, a number of other high-profile stars are expected to be adding some showbiz glamour to the wedding of the year.

Victoria and David Beckham are likely to attend, and the fashion designer recently appeared to confirm during an interview on James Corden’s US chat show that they would be there for the nuptials.