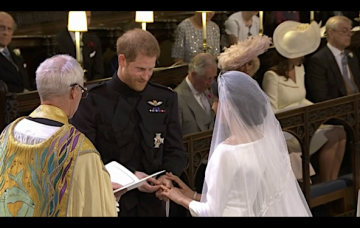 A break from tradition

Kensington Palace has released details of Meghan Markle’s wedding ring, which has been created from a piece of Welsh gold.

Prince Harry’s band is platinum, with a textured finish. It’s a break in tradition, as not many male royals choose to wear a ring… Ms. Markle’s ring has been fashioned from a piece of Welsh Gold, gifted by Her Majesty The Queen. Prince Harry’s ring will be a Platinum Band with a textured finish. #RoyalWedding 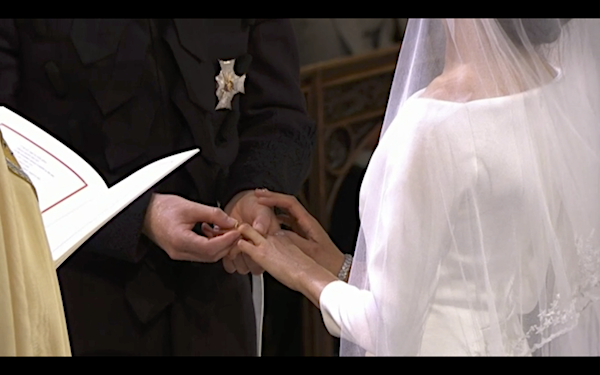 The bride looked stunning as she arrived at St George’s Chapel at Windsor Castle just after noon on Saturday.

Meanwhile, rumours about which designer would be designing the most talked-about dress of the year had been rife ever since Harry and Meghan’s engagement was announced in November 2017. Here’s who was touted, but didn’t make the grade…