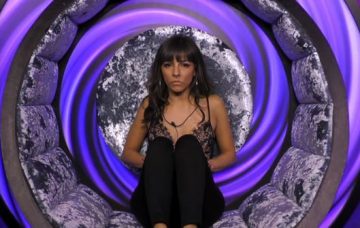 A twist involving former housemates has also been revealed

Roxanne Pallett and Rodrigo Alves will not take part in Monday night’s Celebrity Big Brother finale, while it’s also been announced a twist involving evicted housemate will play out this weekend.

A spokesperson for the Channel 5 show confirmed to The Mirror that only housemates evicted by the public will be brought back to watch the final episode.

The rep said: “The evicted housemates (not those who walked or were removed) will be coming to Monday’s live final.”

Roxanne chose to quit the Celebrity Big Brother house following her controversial accusation that Ryan Thomas punched her during what appeared to be a play fight.

She has since issued a public apology to Ryan and said she “got it wrong”.

It’s not surprising she won’t be at the live final, though, given her rep has confirmed she’s taking a break from showbiz, having stepped down from her breakfast radio show and an upcoming panto role.

Rodrigo, meanwhile, dubbed the Human Ken Doll due to his extensive plastic surgeries, was removed from the house for a “further incident” which has not been revealed to viewers.

He had earlier been given a formal and final warning for “highly offensive language” after using the N-word twice.

Six housemates have made it through to the final: Ryan, Dan Osborne, Gabby Allen, Nick Leeson, Kirstie Alley and Psychic Sally

Host Emma Willis dropped a bombshell on Friday’s episode that former housemates will be returning to the show over the weekend, but (of course!) there will be a twist.

She teased: “Now, I can tell you this weekend a few ex-housemates will be returning. But not as you might expect. Ha!”

Alongside Hardeep, the other evicted housemates this series are Jermaine Pennant, Ben Jardine, Chloe Ayling and Natalie Nunn.

It’s not been confirmed exactly who will be returning or what they’re doing, but there have been rumours they could bring the other housemates up to speed on what’s been happening in the outside world.

And, yes, that could include the fallout from Roxanne’s allegation and Ryan…

An insider previously told The Sun: “Bosses are hoping to add some extra excitement to the last few days by bringing back some old faces to liven things up again.

Read more: Dan Osborne’s mum wants him to get back together with Jacqueline Jossa

“The housemates who have been on the outside world can shed light on the Roxanne Pallett situation and it will be incredible to see how they all react.”

Who do you think should win Big Brother? Leave us a comment on our Facebook page @EntertainmentDailyFix and let us know what you think!