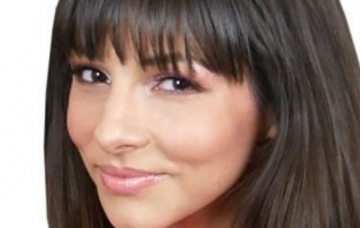 The station has issued a statement

Roxanne Pallett will not return to her job as presenter of a radio breakfast show after the Ryan Thomas punch row on Celebrity Big Brother.

However, she has stepped down from the job after her controversial appearance in the Celebrity Big Brother house, where she accused soap star Ryan of punching her.

After walking out of the house, she apologised and said she had got it wrong, telling Celebrity Big Brother host Emma Willis she feared she was “the most hated woman in Britain”.

A statement from the radio station, which was read out on air, said: “As a result of discussions today with her representatives, Minster FM can confirm that Roxanne Pallett has stepped down from her position at the station with immediate effect to take some time out and reflect on recent events.

“Roxanne will not be returning to Minster FM.”

Emma’s interview with Roxanne following her early departure from the House and accusations against Ryan. #CBB pic.twitter.com/geHzTt9GVE

Bridget Davies, managing director at Minster FM, said: “We are very close to our audience and our customers, and it’s been alien to us to not be able to honestly communicate with them.

“It’s been very difficult not to be able to tell them what’s been going on in here at the station.

“However, following a meeting today we can confirm Roxanne will not be returning to Minster FM and as she said to Emma (Willis) last night, she was going to take some time to reflect and address some issues, (we) hope that goes well and she gets the help and support she needs.”

Roxanne has said she has had to go off Twitter in the wake of the scandal and plans to work on herself.

What do you make of this Celebrity Big Brother series? Leave us a comment on our Facebook page @EntertainmentDailyFix and let us know what you think.