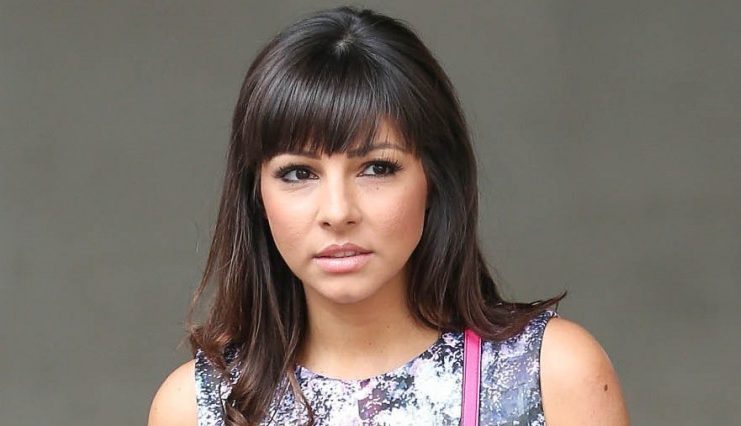 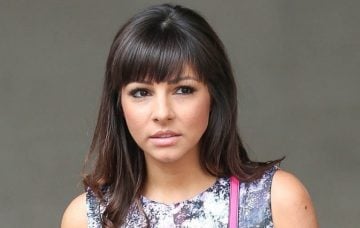 Two people at the scene – a first-aider and the race organiser – have suggested to The Sun that Roxanne, 35, may have used the accident to get publicity ahead of appearing on Celebrity Big Brother.

However, her rep vehemently denied the claims in a statement to ED!, saying Roxanne hadn’t even been booked to appear on Big Brother at the time.

Trained first-aider Lyndsay Pannett, who assessed Roxanne at the scene, told The Sun: “After my initial assessment of her I knew there was nothing wrong.”

It’s also been alleged Roxanne’s stock car was travelling at around 25mph when she crashed into a concrete barrier.

In a statement issued to ED!, her rep said: “Roxanne has never confirmed the speed she was travelling at when the crash occurred.

“It may have been reported but she never confirmed it. It would have been impossible for her to know her speed, as she was crashing.”

“The only qualified and crucially impartial people present to assess Roxanne’s condition were the paramedics, who made the decision to airlift her to hospital,” it continued.

Roxanne was airlifted to hospital and diagnosed with internal bruising and sprained wrists after the incident.

The ex soap star later appeared on ITV’s Good Morning Britain where she spoke about being trolled by people who didn’t think her injuries were serious enough to warrant an airlift.

“They were almost disappointed that I’d been airlifted and only come out with internal bruising and sprained wrists, and I’ve got to point out that sometimes injuries can be invisible,” she said.

“I mean, my head doesn’t feel right, I can barely stretch my ribs and my back, they’re so sore. There are people walking around with injuries and disabilities that are invisible to the eye, and I think everyone needs to remember that.”

She said she couldn’t feel her head, neck or legs in the moments after the crash.

Roxanne appeared in the current series of Celebrity Big Brother, which began on August 16, but dropped out two weekends ago following the Ryan Thomas ‘punch’ controversy.

She accused Ryan, 34, of punching her during what appeared to be a play fight and said she’d spent the night in pain in the spare room, as she didn’t feel comfortable sharing a bedroom with him.

After quitting the show, Roxanne issued a public apology to Ryan over the accusation, saying she’d watched the footage back and knew she’d “got it wrong”.

Who do you want to win Celebrity Big Brother? Leave us a comment on our Facebook page @EntertainmentDailyFix and let us know what you think!