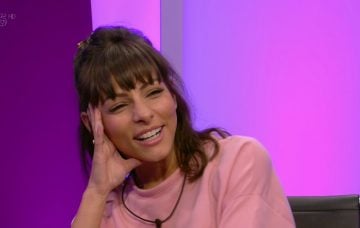 Roxanne Pallett’s spokesperson has denied claims the former Emmerdale star could appear in I’m A Celebrity… Get Me Out Of Here! later this year.

There had been rumours overnight that Roxanne’s friends were urging her to consider the jungle as a way to show herself in a good light following the Celebrity Big Brother punch controversy.

However, her rep told The Sun that wasn’t true.

A statement said: “Roxanne has not had any discussions with anyone regarding I’m a Celebrity and has no plans to take part in the show. These reports are completely inaccurate.”

The initial report, in the Daily Star, had quoted an insider who said: “I’m A Celebrity could be her chance to return from the wilderness and quickly repair some of the damage she’s done to her reputation.”

This year’s I’m A Celebrity, co-hosted by Dec Donnelly and Holly Willoughby, will kick off in November. As always, ITV will not confirm the celebrity campmates line-up until the show launches.

Roxanne’s rep has already said the ex-soap star intends to step away from the limelight after publicly apologising to her Big Brother housemate Ryan Thomas for accusing him of punching her during what appeared to be a play fight.

She slept in a separate bedroom the night she made the accusation, saying she felt uncomfortable, and told housemate Ben Jardine that Ryan had punched her repeatedly.

An upset Ryan, who apologised and said there was no malice or anger intended, was given a formal warning by Big Brother, causing outrage among viewers who said he was just being playful.

Roxanne then quit the show and, in her first TV interview about the incident with Jeremy Vine, issued a public apology to Ryan, saying she “got it wrong”.

She apologised again in another interview with Celebrity Big Brother host Emma Willis, describing herself as “the most hated girl in Britain”.

Roxanne has since stepped down from her role as co-host of the Minster FM breakfast radio show and dropped out of a planned panto appearance in Chesterfield.