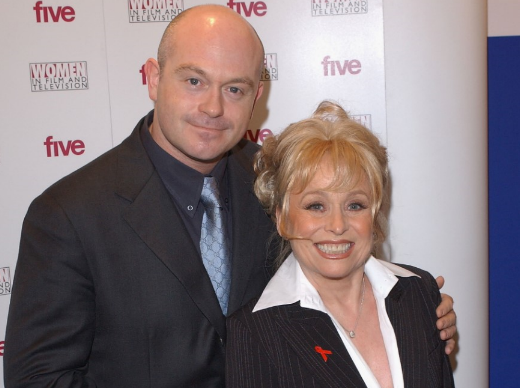 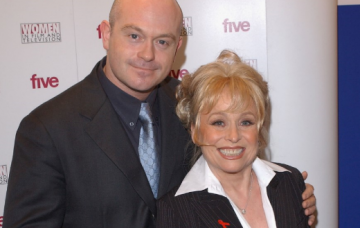 Her diagnosis of Alzheimer's has been revealed today

Dame Barbara Windsor’s on-screen son Ross Kemp has spoken of his love for the ex-EastEnders star, after it was revealed she has been diagnosed with Alzheimer’s disease.

The actress, 80, had kept the devastating news secret after she and husband Scott Mitchell, 55, were first told in 2014 – but her symptoms have grown worse in recent weeks.

“I hope by talking openly it will make it easier for others to talk about this dreadful disease.”

He added: “I love both Barbara and Scott very much.”

In an emotional interview with The Sun, Mr Mitchell said he wanted to set the record straight amid rumours in showbusiness circles about his wife’s deteriorating health.

The star, famous for her roles in nine Carry On films and for playing pub landlady Peggy Mitchell in EastEnders, was given the heartbreaking diagnosis on April 22 2014.

After shedding some tears, her first words were: “I’m so sorry,” Mr Mitchell added.

A small circle of friends who had begun to notice her occasional confusion were told shortly after the diagnosis, he said. But he stopped the news from going public after his wife struggled to come to terms with it.

He stressed that revealing the news any earlier would have been detrimental to her health.

Mr Mitchell told the paper he first noticed symptoms of the condition in 2009, just before Dame Barbara left EastEnders for the first time, when she began finding it difficult to learn her lines.

She underwent a series of mental agility tests, a brain scan and a lumbar puncture, before the couple’s worst fears were confirmed.

By 2016, her forgetfulness and confusion were getting worse, and it was agreed she would leave EastEnders for the final time, Mr Mitchell said.

Sending my love & support to the fabulous Dame Barbara Windsor, one of my favourite people. Alzheimer’s is a horrible thing. She & Scott going public about it like this is a typically gutsy decision by one of the gutsiest ladies I know. We’re all rooting for you, Babs! pic.twitter.com/Zsn85yn6DF