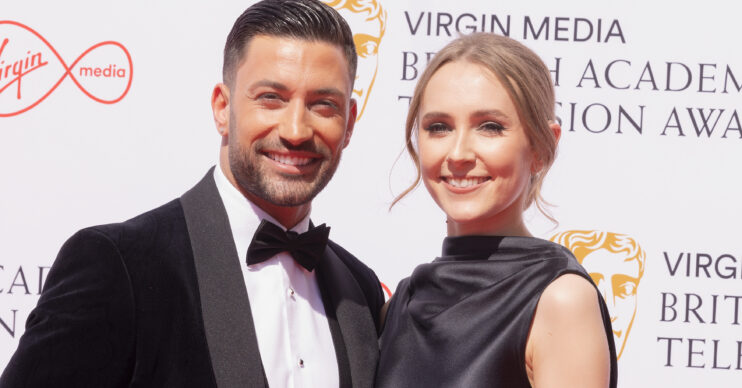 Giovanni is on tour with Anton Du Beke

The Strictly Come Dancing couple posted photos and videos of each other on their Instagram stories showing fans their continued friendship following their time on the BBC show.

In one video posted by Giovanni, the pair were seen play fighting over a pen and after pulling it out of his hand, Rose snapped it in two.

She laughed and a shocked Giovanni said, “It’s not even my pen.”

After that, EastEnders star Rose replied, “Your pen is gone.”

In one photo she stood with her hands on her hips looking stern.

Meanwhile, another photo showed Rose using a wall phone to reenact a photo of Giovanni adjusting his stage microphone.

Anton is currently touring with Giovanni.

Rose and Giovanni’s friendship began when the pair were coupled up on Strictly last year.

They went on to win the show.

One of their memorable performances, dancing their couple’s choice to Symphony by Clean bandit, won the pair a BAFTA.

Within this performance, the music cut out half way through to show support to the deaf community.

Rose had become the first ever deaf Strictly contestant.

Recently, Giovanni has been touring with Anton on their ‘Him and Me’ UK tour.

The tour brings together dance, song and fun to deliver a dance show suitable for all ages.

Meanwhile, Giovanni has also announced his 2023 tour, ‘Made in Italy’, which will be heading to theatres across the UK early next year.