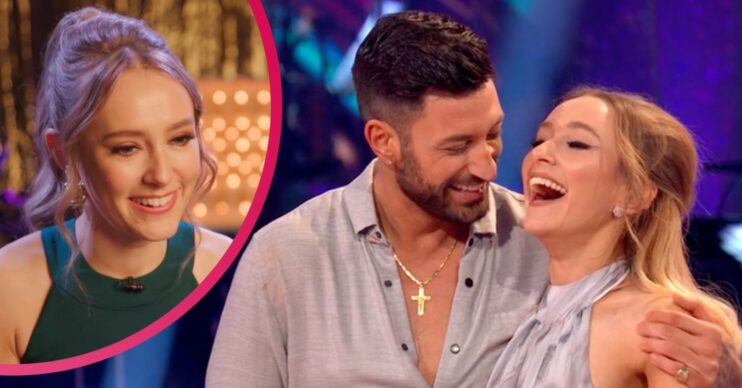 Rose Ayling-Ellis fans were emotional as she shared a ‘special’ moment with Giovanni Pernice on Instagram.

Seeing the dance partners preparing for the memorable sequence had fans reliving the groundbreaking Strictly performance once again.

And many admitted the dance still touches them deeply as Rose also hailed it as a series highlight.

The black and white rehearsal footage shared by Rose began with the moments leading up to when the soundtrack dropped out.

It then followed the pair, dressed in t-shirts and joggers, as they gracefully swept across the rehearsal space.

The short clip ended as the music kicked in again and Giovanni spun Rose around in his arms.

Captioning the upload, Rose encouraged fans to back the moment in a poll.

Rose wrote: “Throwback to rehearsal video of this dance before the country saw it and the big impact it made that blew our minds.

“Definitely one of my favourite, most special weeks on Strictly.

“We are absolutely honoured to be nominated for the Bafta best TV moment of the year. There’s only a few days left to vote if you want to. The link is in my bio. Thank you so so so much to everyone who votes.”

Strictly host Tess Daly summed most fans’ reactions to the sequence in the comments section, gushing: “EPIC!!! Never to be forgotten!”

But others also praised the extraordinary performance, with many insisted it still affects them enormously.

“I will never not be touched by this dance,” one commenter wrote.

“I can’t even listen to the song in the same way. You better win that BAFTA! You so deserve it.”

A moment that remains in my heart.

Someone else posted:  “Just fabulous, I cry every time! You’ve changed the world beautiful Rose.”

Read more: The Hairy Bikers: Si King on the headache that turned into a fight for life

“A moment that remains in my heart,” admitted another follower.

And another confirmed fan added: “Best dance in history, I cry every time I see it. Just beautiful.”