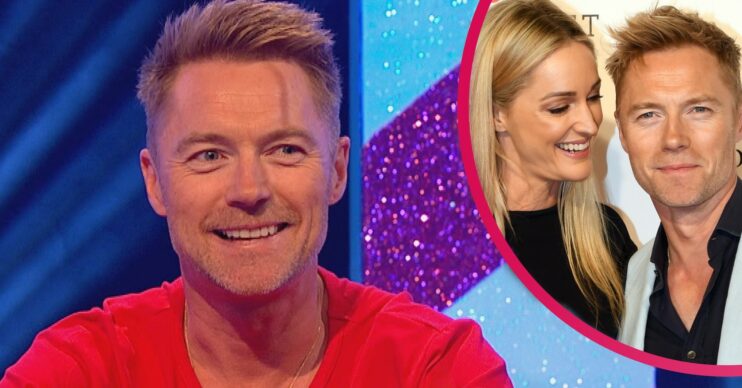 After previously revealing he planned to get a vasectomy last year after the birth of his fifth child, Coco, Ronan Keating was quizzed about the procedure during a Celebrity Juice appearance this week.

Ronan confirmed he had the procedure after deciding to “call it a day” with having children.

Host Keith Lemon probed: “Last time you were on Celebrity Juice, we broke the news that you were considering the snip.

Ronan Keating has had vasectomy

“Can you confirm whether you’ve had it or not?”

A drumroll played in the background as Ronan was shown looking a bit awkward. He replied: “Well… I’ve had it, I’ve had it.

Read more: The One Show host Ronan Keating on ‘heartbreak’ of late mum not getting to meet his kids

The radio presenter has five children. He is father to son Jack, 22, Missy, 20, and Ali, 16, from his previous marriage to Yvonne Connolly.

He also has two children with wife Storm. Four-year-old son Cooper and daughter Coco, one, and born at the start of the pandemic.

He told Loose Women last year: “Storm told me about two or three weeks after Coco was born.

“She said ‘Right, well that’s it now, you’ve got to get the snip,’ and I was like ‘What? We haven’t spoken about this!’

“No, that’s it. We’ve got five wonderful, healthy children and I’m really, truly blessed but I think that’s it, we’ve got to call it a day.”

Ronan is no stranger to posting his kids online. He took to Instagram to post a picture of his wife and four children celebrating Cancer Research’s UK annual Emerald and Ivy Ball last weekend.

His followers were gushing over the family and saying that Ronan’s son Jack has a striking resemblance to his Dad.

One commenter said: “Your eldest son looks just like you! What a lovely family.”

It looks like Ronan’s family is complete for now, however.