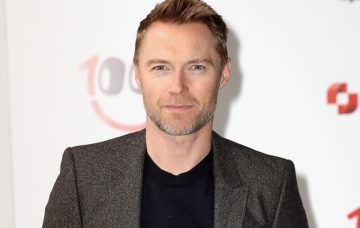 Ronan Keating has admitted he no longer talks to former manager Louis Walsh.

Ronan appeared on The Dan Wooten Interview podcast alongside his fellow Boyzone stars, as the group discussed their final tour.

He claimed that he has no relationship with Louis – who gave the band their start back in 1993 – but admitted he owed his career to him.

“I don’t have any relationship with Louis,” he said.

“But I don’t think Boyzone would be here today if it wasn’t for the fight that Louis put up for us when everybody else in Ireland laughed and said there won’t be an Irish boyband.”

While he was reluctant to get into the weeds of his slanging match with Louis – who called the singer “talentless and spoiled” in an interview with Q Magazine back in 2012 – he did admit the music mogul could be hard to know.

“One day Louis is your best friend and the next he doesn’t know you,” he said.

Shane Lynch backed up Ronan’s claim saying, “You can meet him for lunch one day and have four hours of gossip and great fun and the next day he’s in the papers slagging you off.”

Shane also said that Louis had a devastating impact on the life of former band member Stephen Gately, who died in 2009, claiming Louis was determined to keep him in the closet.

“Stephen was miserable, his life was just not enjoyable for him.”

Shane went on to say that coming out as gay and finding he had the support of his friends and family made a massive change in Stephen’s life – claiming he was a “happy, happy man”.

Boyzone are midway through what will be their final tour as a band – although they are yet to schedule their last date.

What do you think about the way Louis treated Boyzone? Leave us a comment on our Facebook page @EntertainmentDailyFix!