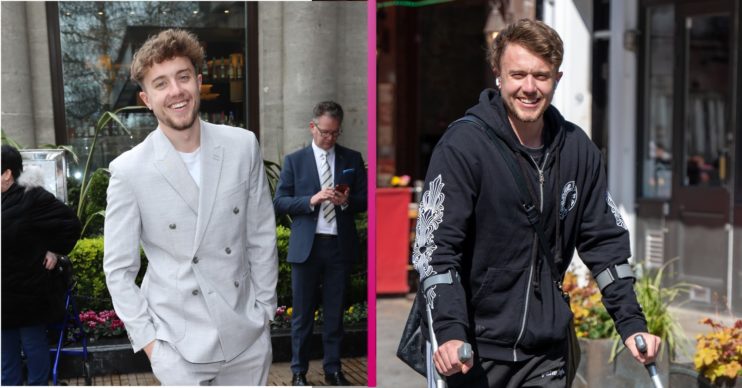 Roman Kemp has shown off his eye-watering ankle injury to his 1.4 million Instagram followers.

The 28-year-old has fractured his ankle and snapped ligaments while playing football with friends.

The gruesome injury showed I’m A Celebrity Roman’s ankle swollen and bruised, much to the disgust of his fans.

Sharing the post on Instagram, Roman wrote: “You may have heard… I’ve snapped all my ligaments and fractured my ankle.

“Instead of helping me, my “pals” decided to photograph the event. Safe to say I’ve been trying to get the most out of the situation. Play safe kids.”

In the Instagram post, Roman shared the initial image of when he got his injury – taken by one of his football teammates.

The other pictures in the series show the painful-looking injury as well as Roman looking glum as he posed wearing a cast and using crutches.

Fans send their get well wishes

One fan wrote: “That’s what friends are for right lol get better soon.”

Another shared: “Get well soon.”

However, some fans were quick to joke and tease the I’m A Celeb star. One fan joked: “Wait you hurt your foot?? I didn’t know that wow that’s brand new information lmao”

He’s still back in action

Whilst the radio presenter is obviously in agony, he hasn’t let it hold him back and he made his appearance on his weekend show with dad Martin Kemp.

Wearing his cast boot and using his crutches, Roman still remained upbeat throughout the show.

He was able to joke and have banter with guests Rick Edwards and Vicky Hope, who appeared on the show.