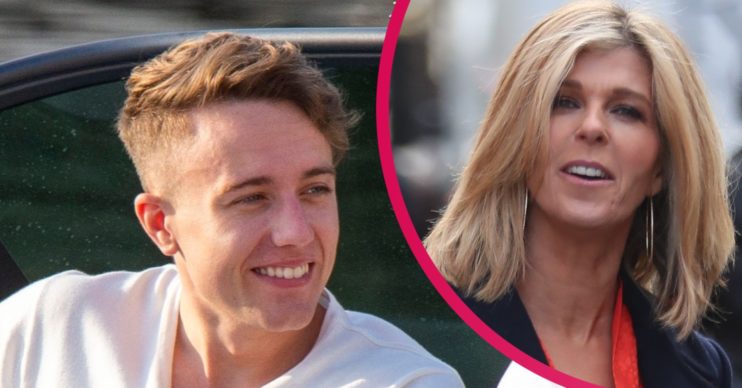 There for his friend

Roman Kemp has praised his pal Kate Garraway and called her a “superhero” as her husband Derek remains in hospital.

The 27-year-old radio DJ grew close to the Good Morning Britain presenter, 53, when they were both on I’m A Celebrity… Get Me Out Of Here! last year.

What did Roman Kemp say about Kate Garraway?

Over the weekend, he was reunited with his friend after helping to organise the party for her son Billy’s 11th birthday.

In a chat with the Mirror, Roman explained how Kate and Derek’s kids, Bill and his sister Darcey, 14, are going through a “tough time” while their dad is in hospital.

He told the newspaper: “It was really nice and lovely to see her and Bill and Darcey, they’re going through a tough time. They’ve got some great friends and family around them doing their bit, she’s doing incredible, she’s a superhero.

“I think that it’s a situation that no one can ever dream about being in but they’re getting through it and they’re doing a great job of it. All we can do is be there for her as much as possible.’

Kate returned to her GMB job last week after months away due to her husband’s coronavirus battle.

Derek is understood to be free from the deadly flu-like bug, but is still in hospital with health issues caused by the virus.

A message for Derek on GMB

On the daytime TV programme this week, Kate revealed that the nurses were putting Good Morning Britain on for Derek. So she read out a message for him live on air.

During Tuesday’s (July 21) episode, she told her co-host Ben Shephard: “I spoke to the nurses and they said they put Good Morning Britain on. They felt that he looked, you know because his eyes are open, more focussed.”

She continued: “I found it very emotional. We don’t know whether it’s the movement of the light or the familiar voice. But good morning Derek, if you are watching.

“We’re all sending you lots of love. Everyone here is sending lots of love. There are so many good wishes. Your own personal Good Morning Britain.”