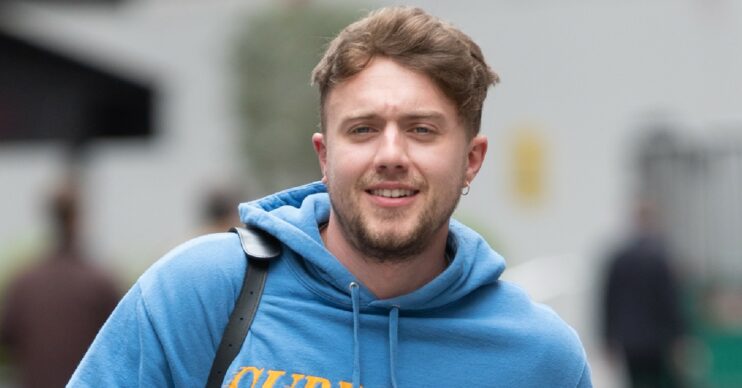 He transformed his look ahead of I'm A Celebrity

Taking over the weekend schedule, the father-son duo are joined by special guests for a morning of fun chats.

However, it wasn’t long ago that Roman transformed his body ahead of a very special television gig.

Back in 2019, Roman flew to Australia to take part in I’m A Celebrity… Get Me Out Of Here.

The radio presenter was joined by the likes of Kate Garraway, Caitlyn Jenner and Jacqueline Jossa.

But how did Roman prepare for the ITV show?

Before entering the jungle, the star took part in a gruelling 12 week fitness programme.

He enlisted the help of celebrity personal trainer, Bradley Simmons.

Over the course of three months, Roman worked tirelessly to help boost muscle mass and lean out.

According to Bradley, his client took part in four or five sessions a week focusing on Hypertrophy strength.

They also finished each session with high-intensity interval training.

Following the challenge, Roman posted before and after shots of his body.

It’s all about personal health for me.

The first photo was taken before the challenge, while the second showcased his new physique.

Alongside the post, the star said: “Not one for posting a photo like this but I wanted to say a huge thank you to @bradleysimmonds for convincing me to do his #12weektransformation.

“Best training I’ve ever had and provided me with the results I wanted. Thank you mate x.”

Did Roman stick to a diet?

Roman is vegan and maintained his healthy diet choice.

Speaking about Roman’s diet, his PT added: “Being a vegan it was a test for me to get his nutrition spot-on ensuring he was consuming enough protein to ensure he was developing muscle whilst shredding the body fat percent to build a strong lean physique.

“But we managed and we had Roman eating good plates of food.”

Speaking to the Mail Online last year, Roman explained: “I’ve got to go to the gym to just get my head out of work. And I love the adrenaline. Once you get that buzz of doing it, you want to do it.

“It’s all about personal health for me.”

Watch Roman on Martin & Roman’s Weekend Best! on Saturday and Sunday at 8.30am.