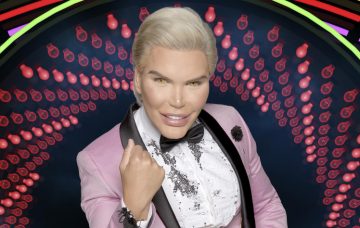 Human Ken Doll Rodrigo Alves has responded to his shock exit from the Celebrity Big Brother house, taking to Instagram to express his feelings on leaving.

The television personality left the house in the early hours of this morning, just hours after the first eviction saw Natalie Nunn sent home.

Rodrigo has taken to Instagram to comment on his exit from the show – posting a screenshot from the Daily Mail’s coverage of him along with a statement claiming he was worried about how he would be perceived.

“It was a great experience while in the #cbb house thank you all for the love and support,” he said.

“After @realmissnatalienunn Natalie left I started to think how I was getting seen by the public after making a language mistake while DRUNK.

“I am deeply sorry to have let the viewers down and my Fans now I just need to have some ice cream and rest and life goes on…. 😘”

While Rodrigo had earlier claimed that he had left the show voluntarily, show bosses said that he had been kicked off.

Speaking to The Sun, Rodrigo claimed that he simply felt that the show wasn’t for him – and that he was unhappy with the eviction of his friend, Natalie.

“I was not coping very well to be without my mobile phone and not being in contact with my family and friends,” he said.

“After Natalie left I felt very upset because she was the life and soul in the house and got very much misunderstood.”

But representatives for the show claimed that Rodrigo’s behaviour in the house led to him being asked to leave.

He had already caused controversy after using the N-word while drunk in the house, leading to Ofcom complaints against Channel 5.

And the shows reps claimed than an unspecified “further incident” had caused him to be kicked out.

“After a further incident, Rodrigo has been removed from the Big Brother house and will not be returning,” they said.

Who do you think will be next to leave the house? Let us know what you think of this story by leaving us a comment on our Facebook page @EntertainmentDailyFix!