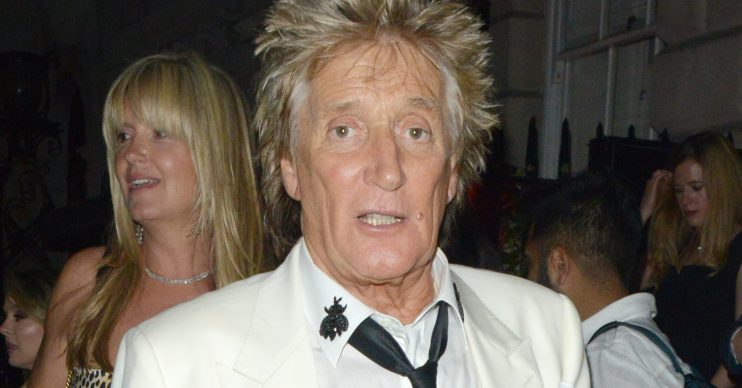 They're due in court next month

Sir Rod Stewart‘s son has said “the truth will prevail” after he and his legendary singer dad were charged with simple battery.

The incident reportedly took place when they tried to gain entry to a private event in the hotel’s children’s area.

Read more: Penny Lancaster gets husband Rod Stewart’s age wrong and confuses him with her DAD on Loose Women

Staff member Jessie Dixon has alleged that Rod “threw a punch” at him, but Sean has blamed the security guard for the altercation and branded him “very aggressive”.

Speaking to the Sunday Mirror newspaper, Sean said: “My dad always taught me to stick up for my family and my loved ones. That’s what I did and the truth will prevail.”

In the police report, Jessie alleged that Rod and his family were “loud” and “caused a scene” at the hotel, and also “refused to follow instructions to leave”.

And he claimed he was “shoved backwards” by Sean, who he said was “nose-to-nose” with him. Jessie then claims Rod “punched” him “in the left ribcage”.

One of Jessie’s friends said the alleged incident left the security guard “quite shaken”.

As reported by the Mirror, the pal said: “Jessie had given up his New Year’s Eve to earn extra money but has been left quite shaken by what happened. Rod and Sean took exception to not being allowed into the party. It turned ugly when Jessie refused them entry.

My dad always taught me to stick up for my family and my loved ones.

“Though there was no drink around the kids’ party it was clear to him Rod’s group had consumed quite a bit. He was shocked and angry at how quickly events turned, which why he wanted to have charges pressed.

“He’s calming down but is still disturbed by how things became so heated when there were children around.”

Both Rod and Sean were questioned by cops and told their family had “approached the check-in table” and then “attempted to have children in their group gain access”.

The Tonight’s the Night singer reportedly accused the security guard of being “argumentative” once they were refused admission, which caused the group to become “agitated”.

According to police, Rod “apologised for his behaviour” and statements from witnesses – as well as video footage – are believed to suggest the singer “did not intentionally strike Dixon against his will”.

Rod and Sean will appear in court on February 5.