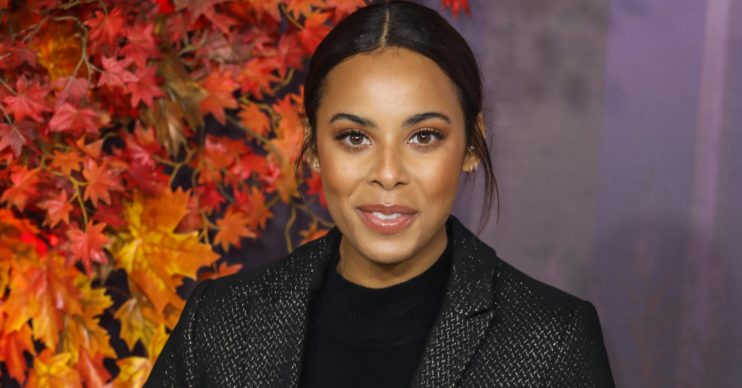 Her girls were chuffed to bits

Presenter Rochelle Humes has revealed the gender of her unborn baby in an adorable family video posted to social media.

On Instagram, the This Morning stand-in host, 31, posted a cute clip of the moment her daughters with ex JLS star Marvin Humes were told they are getting a little brother.

In the video, Rochelle’s girls Alaia-Mai, seven, and Valentina, three, run around the garden and house collecting Easter eggs.

It was an odd Easter but we found some magic in the chaos. The Easter Bunny dropped by and sent Marv some back up 💙👶🏽 #aneasterwewillneverforget

At the end of their search, they find a big egg and crack it open to reveal a poem from the Easter Bunny revealing their unborn sibling’s gender.

Fans reacted to the news, with one writing: “Congratulations to you and your family.”

Someone else said with a string of heart-eye emojis: “OMG it’s a boy. Congratulations.”

A third gushed: “What a why to find out you’re getting a brother.”

Rochelle revealed she is expecting her third child on Easter Sunday.

The star confirmed the happy news on Instagram with a picture of an Easter-themed message board.

She wrote in the caption: “There’s a baby bunny in my oven…”

Fans and pals rushed to congratulate Rochelle in the comments, including her This Morning co-host Eamonn Holmes.

Speaking on the daytime TV show last week, Rochelle said her little girls were “so happy” to find out she’s pregnant.

Appearing on This Morning via video call the next day, the former Saturdays singer told Eamonn Holmes and Ruth Langsford about the big reveal.

She said: “Baby number three so if our hands weren’t full already are about to be even fuller.

“We are so thrilled. It’s nice news in this weird time. Weird to share it with our friends and family via FaceTime which is obviously different to normal.”

Revealing her daughters Alaia-Mai and Valentina’s reaction to the news, Rochelle continued: “They are so, so happy.

“We did a little Easter egg hunt for them yesterday and the last egg they found had a letter from the baby.

“My eldest daughter cried. She’s only seven, I didn’t know they knew about happy tears just yet.

“I said to my youngest, ‘Do you know what’s in mummy’s belly?’ after she read the letter and she said, ‘a chocolate egg.'”

When asked if she’s experiencing any morning sickness, Rochelle said: “I’m fine in the morning, it’s just in the evening I’m really sick.”