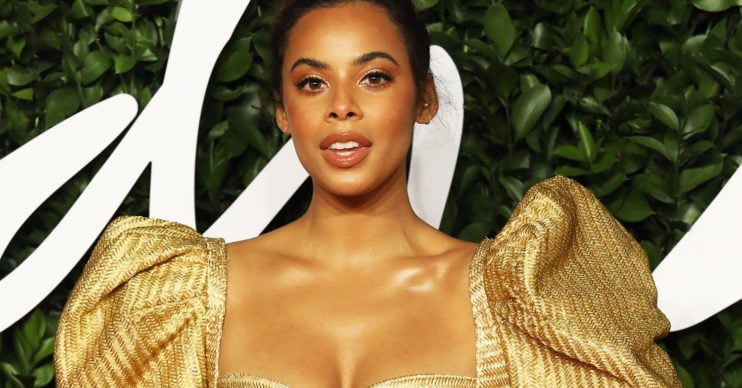 Rochelle is pregnant with her third baby

Pregnant Rochelle Humes has showed off her daughter’s stunning bedroom.

The star, who is expecting her third baby with her husband Marvin Humes, shared a photo to Instagram after requests from fans.

Rochelle and Marvin’s daughter Valentina, three, has a white and pink bedroom and it looks fit for a princess.

The little girl also has matching pink and white curtains and a huge chandlier above the bed.

Rochelle said: “I’ve had SO many messages asking to see what we did to Valle’s little room after she was too big for a nursery.

“We painted it added some panelling and some trim to her curtains, and obviously a big girl bed.

“(Her baby cousin is now using her cot) Started to put some of my favourite interiors together for fun over on @homehumes.”

Rochelle also included a photo of Valentina’s nursery when she was a baby.

Fans were stunned by the bedroom, with many joking it looked better than their house!

One person commented: “Beautiful. Nicer than my whole house mate.”

A third said: “A room fit for a princess, just beautiful.”

Rochelle and Marvin are also parents to their daughter Alaia-Mai, seven.

The couple are expecting their third baby in October and this time, they’re having a little boy.

Rochelle has been keeping her fans updated with her pregnancy journey, giving regular updates on her bump.

The star recently said her boobs are now bigger than her belly, adding: “I’m enjoying this pregnancy so much more at this stage now.

“I stopped being sick about 5 weeks ago and I feel like a new human for it.

Saturdays are for hide and seek. I’m currently in the wardrobe hoping I’m not found for another 10mins….

She said: “He actually really looks like Valle. From here [points to the lower half of her face].

“He was very active. I’m a bit concerned because every time we go for a scan, they say ‘he’s such an active boy.’

“It’s scary a little bit. I think we’re going to have a little wild one on our hands!”