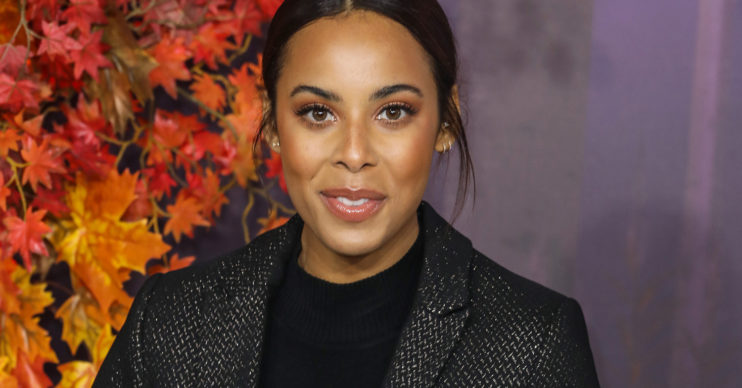 Rochelle is pregnant with her third child

Rochelle and husband Marvin had a 4D scan of their baby boy on Wednesday.

Marvin joked their son was the “spitting image” of him, however, Rochelle insisted he looked just like their youngest daughter Valentina.

Rochelle first shared a photo of the 4D scan.

In a video posted shortly after, she said: “So we just went to have a little look at our baby boy.

“It’s crazy because we did the whole 4D thing and I’d forgotten how good they are.”

Rochelle continued: “No he’s actually not.

“He actually really looks like Valle. From here [points to the lower half of her face].

“He was very active. I’m a bit concerned because every time we go for a scan, they say ‘he’s such an active boy.’

“It’s scary a little bit. I think we’re going to have a little wild one on our hands!”

Meanwhile, Rochelle recently gave her fans a pregnancy update and said her boobs are now bigger than her belly.

The presenter said: “25 weeks (not that I’m counting). At this point my boobs are actually bigger than my belly did this happen to any one else?

She added: “We now have 3 months ish left and I feel like I can see the end, I’m just SO excited to meet my little man.”

Marvin and Rochelle are already parents to their daughters, Alaia-Mai, seven, and Valentina, three.