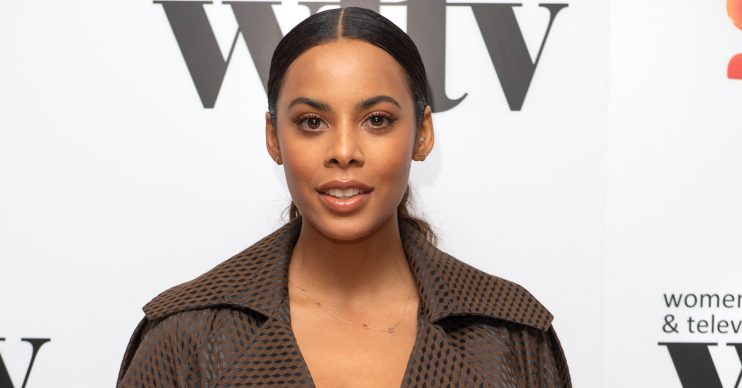 Presenter is expecting her third child

Rochelle Humes has been suffering with morning sickness amid her third pregnancy.

The Saturdays singer is expecting a baby boy with her husband Marvin Humes – with whom she already has daughters Alaia-Mai, six, and Valentina Raine, three – and has said her morning sickness has been so severe she’s been reduced to tears.

Posting a picture on Instagram of her cuddling her daughters, she wrote: “Today has by far been one of the hardest days to get through…this ‘morning’ (or all day) sickness really isn’t budging.

“I shut myself in the front room today and cried. These little ladies must have sensed it as they have been as good as gold for me all day. Early night tonight I think… (sic)”

Rochelle and Marvin announced they are expecting a third child together over Easter earlier this month, and later revealed the gender of their unborn tot by posting a video of their daughters learning the news during an Easter egg hunt.

In the clip, Alia-Mai reads out a note she received from the fictional Easter Bunny, which read: “Hippity hippity hop, I have great news that I have to drop.

“You and Valentina are such good sisters but now it’s time to add someone new to the mixture.

“Now that’s all from me, the Easter Bunny, the BIG news is you have a baby brother inside Mummy’s Tummy!”

The 35-year-old JLS star’s eldest girl had a big smile on her face as she read the line about the baby and her dad then picked her up, and told her: “You’re going to be a big sister again!”

She then said: “You’re having a baby, a baby boy.”

Rochelle then asked their youngest girl: “What’s in my belly?”, to which she replied: “A baby brother”.

The 31-year-old beauty captioned the post on Instagram: “It was an odd Easter but we found some magic in the chaos.

Marvin admitted he is “over the moon” and made a quip about having “back-up” now there will be another man in the house.

He wrote on his own page: “Finally I have some back up! We’re having a baby boy!!! Over the moon (sic)”, along with a blue heart emoji.