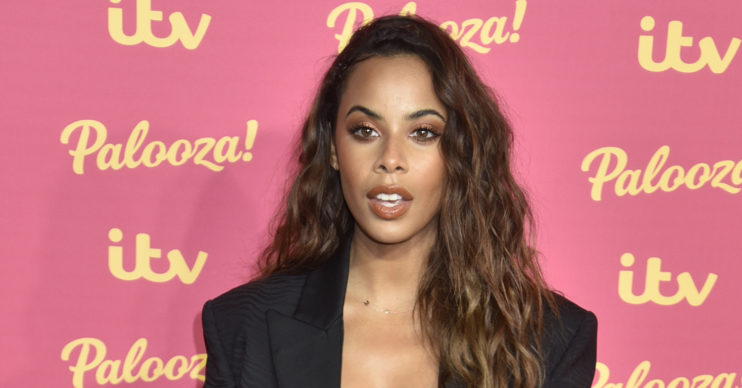 Tough after three months at home

Television star and former pop singer Rochelle Humes is worried now that her eldest daughter is back at school.

The This Morning presenter, 31, lamented over sending Alaia, seven, back to school.

She explained how she had been at home with her for the past three months due to lockdown.

Sharing with her 1.9 million Instagram followers, she wrote: “Monday morning post school run, the first one for Alaia in 3months.

“I thought I’d be jumping for joy but I have felt so nervous all morning, well in fact from last night.”

She went on to admit that while Alaia seemed fine to be back at school, she felt quite sad herself.

Rochelle continued: “She was okay ish..I was not!! I’m sure I’ll be fine tomorrow after having the day to myself haha but right now I can’t wait to go and pick her up… Anyone else?”

Read more: Holly Willoughby misses This Morning to take her children back to school

Fans rushed to sympathise with the former Saturdays star.

One user wrote: “Yep! One morning away at Nanny’s and I was in bits for an hour! Had to put CBeebies on for my own comfort!!!”

And a third agreed: “Our youngest went back last week, he loves it. I was nervous as hell but he’s back in a routine and really happy. I hope Alaia has a fab day xx.”

A further user advised: “Each day gets easier.”

They are also expecting a baby boy in October of this year.

This isn’t the first time Rochelle has opened up about feeling “mum guilt”.

Back in 2018 she admitted, also via Instagram, that she felt [bleep] after confiscating Alaia’s iPad.

She addressed her followers with: “Anyone else feel awful after telling their little ones off?

“We were out for dinner tonight and Alaia (who is very tired from the weekend) had a bit of an attitude. I’ve confiscated the iPad but now I feel like [bleep].”

She also told RTE last year that she is “winging it” when it comes to motherhood.

She explained: “But do you know what? I’m winging it like everyone else. There’s no recipe, no formula.”