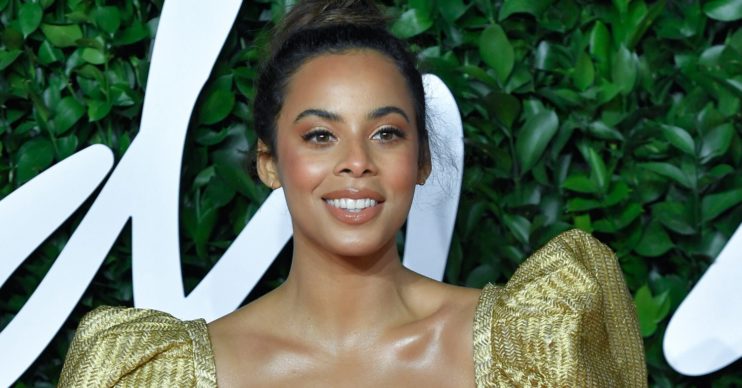 Pregnant Rochelle Humes has melted the hearts of her followers on social media with a cute baby scan picture.

The former The Saturday’s singer, 31, posted a photo on Instagram on Wednesday (May 13) evening showing her unborn son‘s “little feet”.

Rochelle wrote in the caption, alongside heart emojis: “Today we saw some little feet…”

One fan commented on the snap: “Magical moments.”

Another gushed: “Oh what a JOY.”

Cutest thing I have seen today.

Someone else said: “Oh this is just the cutest thing I have seen today.”

Only recently, the This Morning stand-in host told fans she has been suffering from morning sickness.

The star shared a snap last month that showed her in a dress with her blossoming baby bump on display.

She wrote in the caption: “In bed having a little rest (thanks Hubby), had a funny few days…”

One of her followers asked how she was finding her third pregnancy. Rochelle admitted it was “so much worse” than with her girls.

They wrote in the comments: “Are you finding this pregnancy tougher than with the girls? I’m sure my ‘morning’ sickness was rougher with my sons than with my daughter!”

Rochelle responded: “SO much worse. But I’m sure it’ll pass xxxx.”

Read more: Rochelle Humes treated to at-home spa by daughters as she suffers from morning sickness

Another asked: “Has it gotten worse as you’ve gone into second trimester, out of curiosity?”

Rochelle previously revealed she is expecting a little boy with an adorable video of her girls finding out about the pregnancy.

On Easter Sunday, she set them both off on an egg hunt. And it ended with a sweet note telling them they were getting a baby brother.