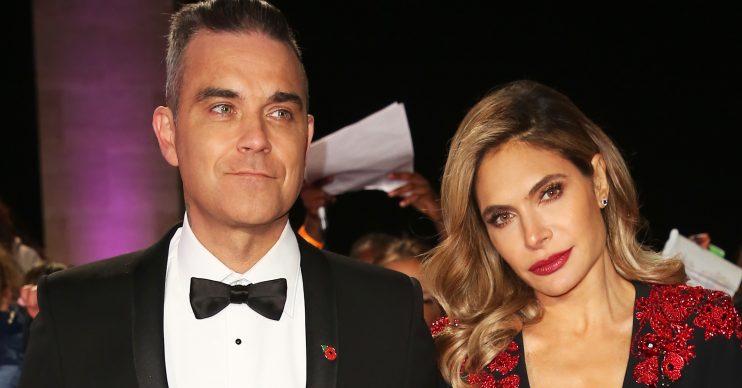 Some fans were worried for Robbie's health

Ayda Field has shared another adorable snap of her young family on Instagram.

The mum-of-three posted a pic of her three little ones enjoying a day at the beach alongside hubby Robbie Williams.

With their backs to the camera, their eldest child daughter Theodora ‘Teddy’ Rose can be seen propping up their youngest daughter, Colette ‘Coco’ Josephine.

Meanwhile their middle child, son Charlton Valentine, stares off to the sea.

Many fans congratulated Ayda on having such a lovely, beautiful family.

A second: “You are a blessed family.”

And a third advised: “Family days are so special. Cherish”

But others were concerned for Robbie, as the pop singer sat with what looked like a heat pack placed on his lower back.

One concerned fan wrote: “Hope Rob’s back pain is easing.”

The former Take That singer has spoken before about suffering from intense back pain.

In a 2017 interview on ITV’s Loose Women, Robbie said he was forced to cancel several of his tour dates due to problems with his back.

He went on to say that he was advised to have back surgery, which would have required up to eight months’ recovery.

Explaining that he took the alternative route of a healthier diet and more exercise, he said his pain has eased since.

Robbie explained: “I’m more vegan than I was but I’m on my way there… I wanted to do anything to make the back better and I heard if you eat a lot of meat you get a lot of inflammation, and I decided to go plant based and it sorted me out.”

What do you think of Ayda’s latest Instagram snap? Let us know what you think on our Facebook page @EntertainmentDailyFix.