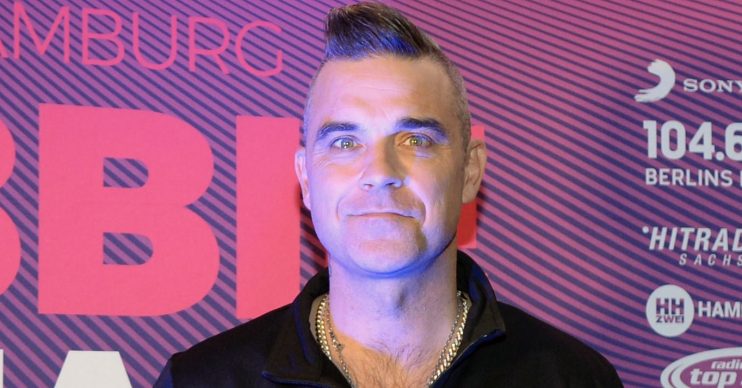 "None of us know where he's gone," Robbie claims

Robbie Williams is keen on reuniting with former Take That bandmate Jason Orange.

According to a tabloid report, the X Factor judge has no idea about his fellow singer-songwriter’s current location – and neither do Gary Barlow, Mark Owen or Howard Donald.

Robbie – who recently teased he’d be up for next year’s I’m A Celebrity – joked on his podcast that the pop faves should get a detective on the case to find their ‘missing’ pal – and maybe even have him fitted with a microchip, like a pet.

Jason quit Take That in 2014 and it seems he has decided on a life out of the limelight.

However, Robbie still wants to know what his band “brother” is up to, despite apparently losing contact.

Speaking with wife Ayda Field on the At Home With The Williams podcast, Robbie said: “You know you can have that Find My Phone thing?

The whole of Take That should have a locate Jason Orange thing because none of us know where he’s gone.

“The whole of Take That should have a locate Jason Orange thing because none of us know where he’s gone.

“I should hire a private detective — he finds out where Jason Orange is, we inject him with a beeping thing, a chip, then we know where Jason is at all times.”

Robbie originally quit Take That in 1995 to launch a solo career but he has reunited with the band for a number of performances, including the 2011 Progress tour.

Last year, Howard Donald explained that Jason, 49, had “gone off the grid”.

He said on Loose Women: “Jason’s gone off the grid. He’s not taking emails or phone calls or stuff like that. But that’s good for him, that’s where he wants to be. I think he wants to be a million miles away from this at the moment.

“Who knows in the near future he might decide to change his mind and if he does he’s welcome back anytime.

“We went from a five to a four, back to a five, down to a three, and like I said, us being a three now we’re really comfortable.”

One year ago, on this day, we did a special performance on @thexfactor with Mr @robbiewilliams and were also celebrating #Odyssey getting to number one!

And Gary Barlow has also revealed he “tried everything” to get Jason to rejoin the band.

Gary told Metro: “He just didn’t want to do it anymore. I don’t think he’ll come back.

“It’s one thing when you’re teenagers talking someone into something but he’s a man now.

“We tried to talk him into it for about a year. We tried everything. Guilt. He just didn’t want to do it.”