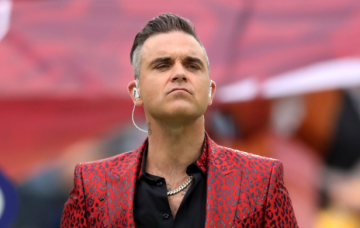 Robbie Williams think he has Asperger’s

The singer think there's "something missing" in him

Robbie Williams believes he may have Asperger’s syndrome and said: “There’s something missing in me.”

The Angels singer has previously told how he has battled depression and anxiety, as well as being open with his struggles with drug and alcohol abuse.

Now, the 44-year-old has said it is “quite hard work” being in his head.

Speaking on Radio 2, Robbie said: “There’s something missing in me, I have big blind spots.

“Maybe Asperger’s or autism. I don’t know what spectrum I’m on – I’m on something.

“It’s quite hard work being in my head – I have an interesting compulsion, addiction, mental illness, I’d say.”

The former Take That singer added: “I would have that if I was Robbie Williams the pop star or Robert Williams the labourer.”

Robbie is married to American actress Ayda Field, 39, and the couple have two children: a five-year-old daughter, Teddy, and son Charlton, three.

On Thursday, he made a surprise appearance on stage in Amsterdam with fellow British popstar Ed Sheeran.

Earlier this month, Robbie courted controversy when he showed his middle finger to the camera during a performance at the World Cup’s opening ceremony in Russia.