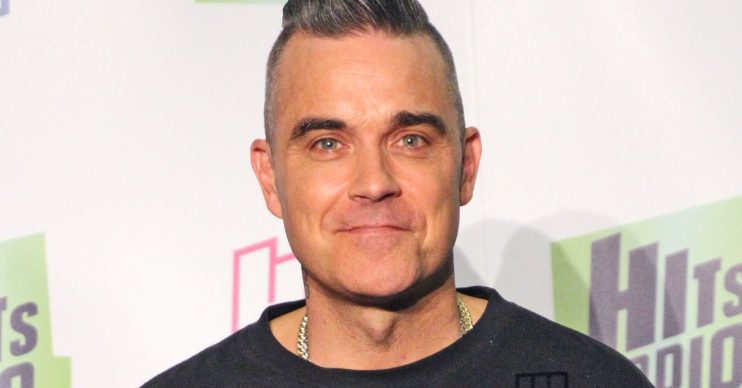 He's got a new Christmas album out

TV’s David Walliams has delighted Robbie Williams fans with a photo of the singer smiling next to his dad.

On Instagram, the children’s author and Britain’s Got Talent judge posted a pic of the Rock DJ hitmaker, 45, with his arm around his father, Peter Williams – and fans think they’re the double of each other.

His followers rushed to the comments, with one writing, “Just lovely! I’m sure he’s one of the proudest dads out there!” and another saying, “The most special friendship and bond you will ever have. Beautiful”.

Others were quick to point out the stark resemblance between the two Williamses.

“Robbie, you and your dad have same smiles,” one fan commented.

Spitting image of your dad.

A third wrote: “Beautiful pic of you both, you so look like your dad.”

Someone else commented: “Spitting image of your dad.”

“Which is which?” joked a fifth.

A sixth said: “You look a lot like him, Robbie.”

According to Hello! magazine, the photo of the former Take That star was taken at London’s Alexandra Palace, where was performing his festive show, titled It’s Not The Robbie Williams Christmas Show.

Robbie got into the festive spirit this month with the release of a yuletide album, The Christmas Present, which features seasonal favourites like Let It Snow and Winter Wonderland.

It also has original tracks, including a song for his one-year-old daughter, Coco’s Christmas Lullaby.

Robbie’s pop career appears to be going strong – and it seems he thinks so too.

The former X Factor judge recently hinted that the real reason he and his wife Ayda haven’t returned to the show’s panel is because they’re too “expensive”.

Speaking at the launch of Hyde Park’s Winter Wonderland, Robbie told the Mirror: “Look, it’s expensive. We’re expensive. Something’s gotta give there. Maybe they did think about us, maybe they didn’t.”

He went on to say he would be asking boss Simon Cowell why they didn’t get the call to appear on The X Factor: Celebrity when they next catch up.