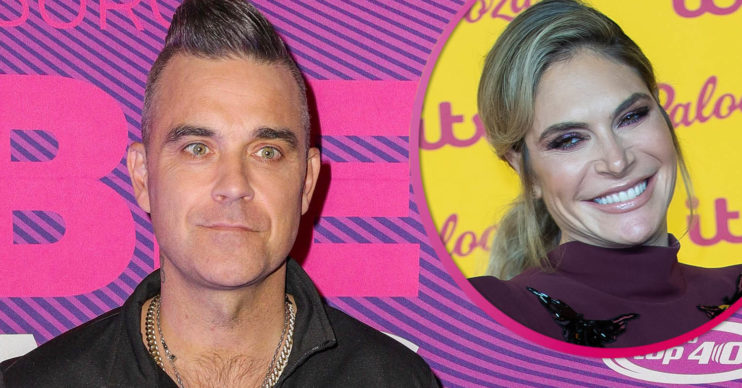 Robbie Williams has showed off his bald head after being given the ultimate haircut by wife Ayda Field.

She shared a video of her hairdressing skills on Instagram and followers largely approved of the singer‘s new look.

The short Insta clip began with Ayda wielding a trimmer and Robbie, 47, giving a long-suffering look to camera.

She was seen getting stuck right in, shaving the back of his head, as the couple stood on a balcony.

Robbie’s shoulders ended up strewn with hair. But he was soon sitting cross-legged so Ayda could apply the finishing touches.

The clip ended with Robbie rubbing his scalp with his hand and Ayda blowing several hairs in his face!

What Ayda had to say about her hairdressing

Ayda joked she might get her clippers out for other people in future.

She also teased Robbie over his gleaming new dome, insisting it was ‘beautiful’ in a hashtag.

Robbie Williams is all or nothing when it comes to his hair.

Ayda captioned her post: “Robbie Williams is all or nothing when it comes to his hair. And apparently, it’s nothing now. #nohairdontcare #thebaldandthebeautiful #who’snext?”

The majority of fans on Instagram who commented on Ayda’s post seemed to give the new ‘do the thumbs up.

“Much better, that’s the way I love it,” remarked one social media user.

Another Insta follower agreed: “I think it suits him.”

However, not everyone was convinced Robbie had made the right decision.

“Oh no, it is terrible,” assessed one downcast fan.

It isn’t the first time Robbie has had an ‘extreme’ hair makeover from home since the coronavirus pandemic began.

Last summer Robbie razored away all of his hair… even if he was using the trimmer ‘incorrectly’!