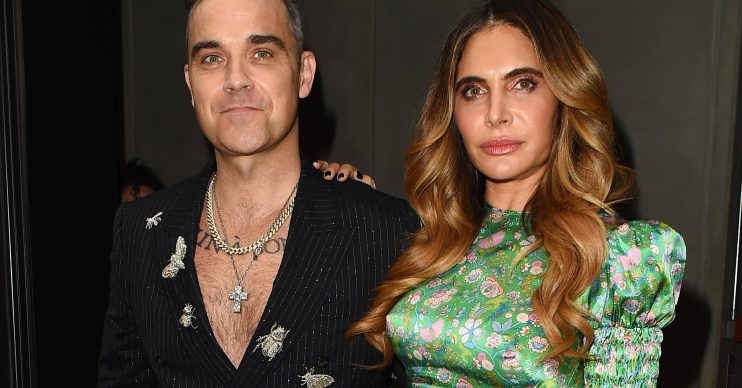 Robbie Williams is reunited with his family after coronavirus quarantine

Robbie Williams has been reunited with his family – after spending three weeks in quarantine following his return from Australia.

Robbie and wife Ayda Field were also together again for the first time in three weeks.

@robbiewilliams After 3 weeks…REUNITED!!!! So happy to have daddy home after separate quarantines #togetheratlast #quarantinelife #stayhome AWxx

Ayda shared the touching moment her two eldest children greeted their father on a video on her Instagram page.

“Look who’s coming up the driveway, who is it?” she can be heard saying on the video.

The children then run towards Robbie, screaming, who leans in for a big hug. Aw!

Robbie appeared to be highly emotional and even fighting tears as he scooped up his daughter, then bent down to hug his son.

“Daddy we’re so happy to see you,” Ayda said to her hubby of 10 years, while Teddy added: “Daddy I’ve missed you so much.”

Happy to be back

“I am with my family… lots of love everybody,” he said.

“Keep safe. Wash your hands and be kind,” he added.

Robbie was strictly observing quarantine rules after his trip abroad.

The authorities say that you should enter into self-isolation if you suffer any of the symptoms.

While testing is not generally available to everyone, drive-through facilities in the UK and US, where Robbie lives, have started testing health workers.

Private tests are also available, and as a result celebrities including Idris Elba have confirmed they tested positive for the virus.

What do you think of this story? Go to our Facebook page @EntertainmentDailyfix and leave a comment to let us know how you feel.