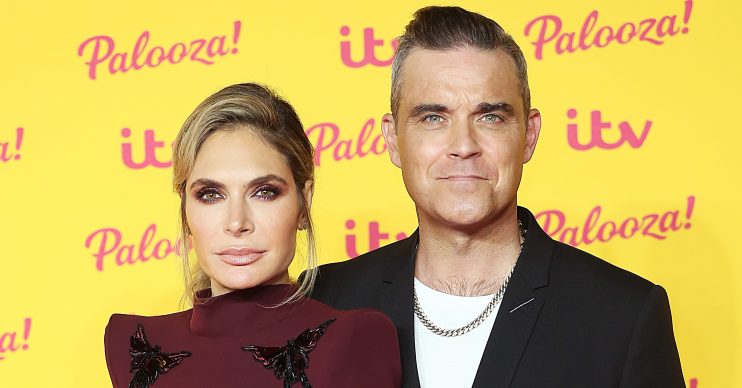 Robbie Williams met his wife straight after sleeping with his drug dealer.

The 45-year-old pop star – who has previously battled substance abuse – has admitted to sleeping with his drug dealer on the night he first met American actress Ayda Field.

Robbie recalled: “My drug dealer had just left, I’d slept with her and she’d left me a bag of drugs.”

Robbie and Ayda endured a turbulent start to their relationship, splitting up a number of times before Robbie made a full commitment to their romance.

But the Angels hitmaker finally realised the extent of his feelings for Ayda after speaking to Cameron Diaz.

Robbie told the Daily Mail newspaper’s You magazine: “I bumped into Cameron Diaz and Drew Barrymore.

“I started talking about this person I’d just ended a relationship with and was listing all these things about her brilliance when Cameron said, ‘I don’t think it’s over.’

“At that moment the universe spoke to me. I left and went straight to Ayda’s house and committed to her.”

But they have both admitted to fearing “raising maladjusted brats” by home-schooling them.

Robbie said: “We’re terrified of raising maladjusted brats. We have a revulsion towards ill-mannered people.”

At that moment the universe spoke to me. I left and went straight to Ayda’s house and committed to her.

In fact, the chart-topping star once pledged never to have any children at all.

He shared: “I have a long history of mental illness with depression and agoraphobia, so having children would have been like passing me a human to hold when I was drowning.

“Why on earth would I want that?”