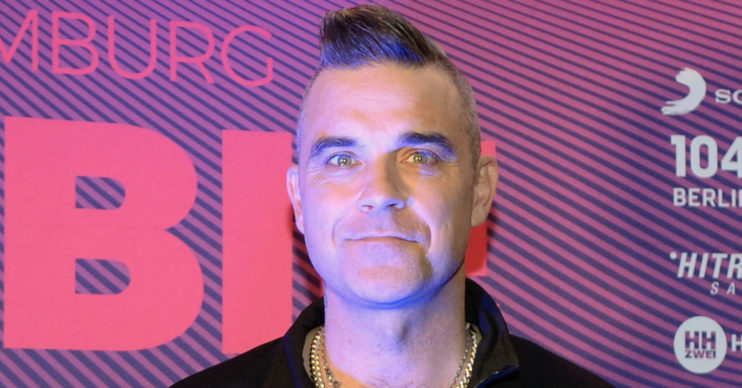 Iconic 90s boyband Take That is reuniting for a special lockdown gig tonight.

Original band member Jason Orange, who quit the band in 2014, won’t be joining the reunion gig.

The pre-recorded concert, filmed from each of the band members’ homes, will be available to stream on YouTube.

Viewers can watch the concert from 8pm on Compare The Market’s official YouTube page.

Robbie said of the upcoming gig: “I am really looking forward to performing with the boys again — it’s always a pleasure.

This will be the first time Robbie is performing with the band since The X Factor final back in December 2018.

Their playlist will include: Greatest Day, Shine, Back For Good, The Flood, Pray, Never Forget, Everything Changes and Rule The World.

However, the last two songs will only be available to Compare The Market’s customers.

He revealed that his dad, Pete Conway, 70, has been diagnosed with Parkinson’s disease.

“We’ve got a lot of family issues right now”

Robbie told The Mirror: “We’ve got a lot of family issues right now.

“My dad has got Parkinson’s, my mother-in-law who I love dearly has got a very big illness.

“We can’t get to them. My dad is thousands of miles away.”

Robbie is currently self-isolating in Los Angeles with his wife Ayda Field and their four young children.

His former arch enemy, Oasis star Liam Gallagher, has seemingly quashed his beef with Robbie following the sombering news of his father’s health.

“…it’s LG I hear you got [bleep] going down in your fam I’m sorry to hear that love n light going out to your family stay cool and in tune LG x.”

The pair originally fell out back in 2000 when Noel called Robbie a “fat dancer”.

Will you be tuning into the Take That concert? Share your thoughts with us on our Facebook page @EntertainmentDailyFix.