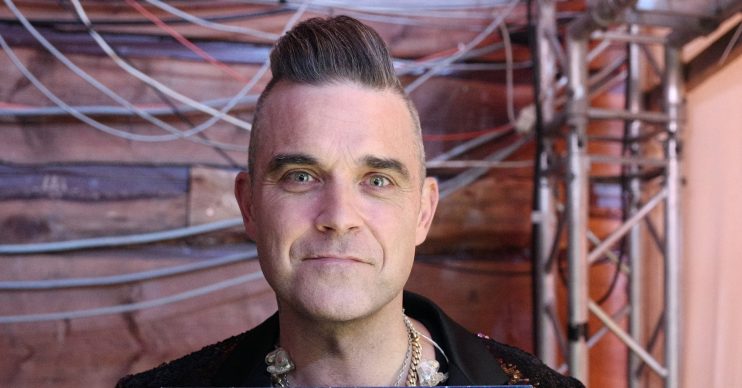 Robbie and wife Ayda were on the panel last year

Former X Factor judge Robbie Williams has hinted at the real reason he and wife Ayda haven’t returned to the show’s panel.

Speaking at the launch of Hyde Park’s Winter Wonderland earlier this week, Robbie seemed to claim the pair were too “expensive” for the show.

Robbie and Ayda were on the talent show’s panel last year, alongside Simon Cowell and Louis Tomlinson.

However, now the star – who performed tracks from his upcoming Christmas album at Winter Wonderland – has revealed why.

Read more: Vinnie Jones says he thinks his late wife “summoned” her beloved dog to join her in heaven

He also said that he would be asking Simon Cowell why they didn’t get the call to appear on this year’s celebrity version of the show when they catch up soon.

Read more: Kate Garraway’s kids reveal their mum is making them cringe in the jungle

“I don’t know what’s on Simon’s mind, but I’ll be meeting up with him before Christmas and I’ll try to get it out of him,” Robbie said.

Robbie will be back on our screens soon, though.

The star – whose first Christmas album, The Christmas Present, is out this weekend – revealed he’s making a festive TV show for ITV.

It’s Not The Robbie Williams Christmas Show will air this December.