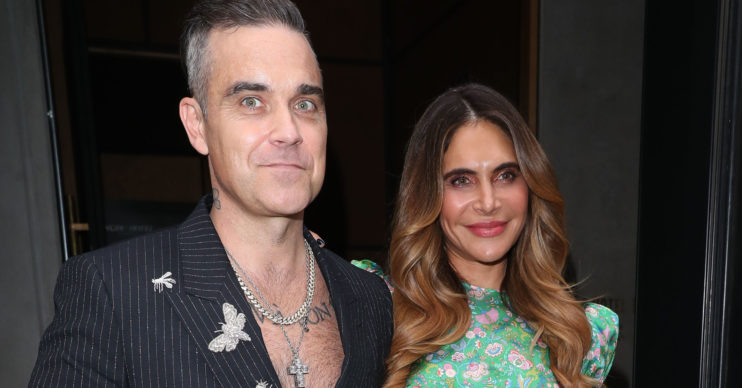 Robbie Williams has told Ayda Field off for burning money

The former Take That star and his wife might be living in luxury with two sprawling homes – one in Los Angeles and one in London – but Robbie still likes to save cash wherever he can, including hopping into the bath after Ayda has finished to keep their water bill down.

Robbie and Ayda sharing too much?

Ayda – who hails from LA – said: “We do share bath water. He thinks I’m the Queen for having an en suite my whole life!”

The 41-year-old model says Robbie – who grew up in Stoke-on-Trent without much money – has clung on to his penny-pinching ways, and even stops his wife from burning candles unnecessarily, as he thinks she’s “burning money”.

She recalled: “I lit the candle then I just went into the bathroom to pee.

“By the time I’d come back he’d blown out the candle and went, ‘You’re just burning money. You’re not even in the room!’

“I’d say that’s the difference between Beverly Hills and Stoke-on-Trent.”

Robbie, 46, is believed to be worth over £200 million, and admits he’s only just started to let himself spend his money, as he used to “battle” with the idea of being “successful”.

Speaking in an excerpt from Ayda’s podcast, Postcards From The Edge, which was featured in OK! magazine, he said: “I’m only now, as a 46 year old, giving myself the permission to be that person that has been this successful.

“It’s something I battled with for a long time.”

Robbie Williams to live in the UK?

Meanwhile, the Angels hitmaker recently said he was considering moving his family back to the UK.

He doesn’t want his children – Theodora, seven, Charlton, five, Colette, 20-months, and baby Beau, born in February – to become “entitled” through growing up in Los Angeles.

He said: “There are some bad things about LA too. I didn’t even know the word ‘entitlement’ until I got here.

“There are these kids with a sense of entitlement because of the place they were born and the parents they have and having the money that they have.

“I was like, ‘I don’t want my kids anywhere near these kids’. I’d never seen it in my life before and it literally made me slack jawed.”