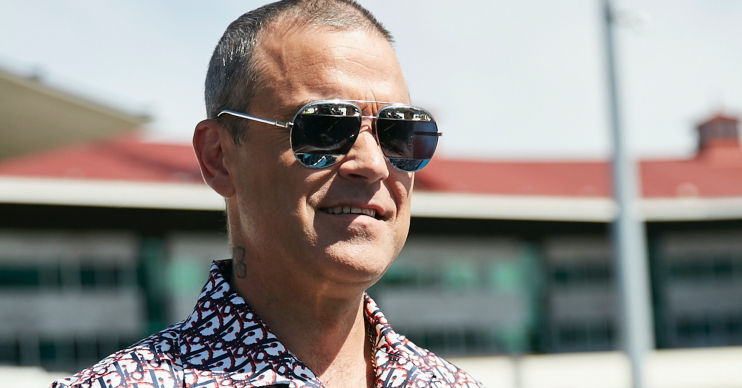 Robbie Williams convinced he had coronavirus after developing symptoms

He experienced symptoms while in quarantine last month

Spiritual Robbie Williams has revealed he battled his coronavirus symptoms by praying.

The 46-year-old pop fave told The Sun he became “very fearful” after being struck down by the deadly bug.

He experienced symptoms while in quarantine following a cancelled in gig in Australia in March.

Robbie told the tabloid the stayed in a rented house nearby wife Ayda Field and their children while he isolated himself from them.

But he also noted how he began consumed by worries for days, including about his family, food and his medication.

The Angels star is reported to have told the news outlet he turned to prayer as comfort.

I got down on my knees and prayed.

He also indicated he felt ‘weighed down’ by symptoms associated with the condition.

“Then I could feel my body was getting lethargic and tired and heavy and I convinced myself I’d got coronavirus,” Robbie said.

“I never normally do it but I got down on my knees and prayed.”

Robbie went on to say how it was effective in changing his mood.

And not only was his fear dispersed, but he claims his symptoms also went away.

‘I lifted my vibration’

Robbie added: “Within 30 seconds I had lifted my vibration and was in love.”

The X Factor judge also insisted he was not protected against feelings that leave him low.

Calling himself a “depressive”, he added he has to ‘keep himself safe’ or his condition worsens.

Robbie also credits meditating every day for keeping himself on the level.

@robbiewilliams After 3 weeks…REUNITED!!!! So happy to have daddy home after separate quarantines #togetheratlast #quarantinelife #stayhome AWxx

Actress Ayda, 40, also revealed the couple hope to renew their wedding vows. Their ten year anniversary is in August.

She said the couple’s pet dogs and children would play key roles in the celebrations.

But she also joked there has not been any romance between them during their lockdown – and said she hadn’t shaved since quarantine.

Ayda also noted the whole family make sure to dress smartly on Fridays and have dinner together.

Last week she shared the touching moment her two eldest children – Theodora, 7 and Charlton, 5 – greeted their father after his quarantine.

“Look who’s coming up the driveway, who is it?” she was heard saying in a video posted on Instagram.

An emotional Robbie was then seen embracing his kids as he scooped up his daughter and bent down to hug his son.