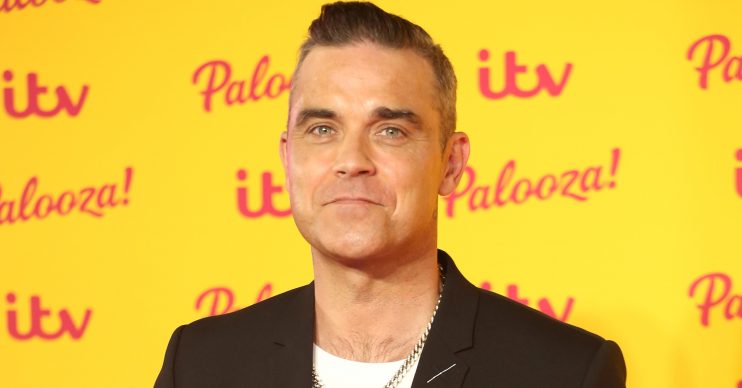 Robbie Williams claims his daughter is a better singer than him

Robbie Williams thinks his daughter Teddy is destined for a career in music.

The Angels hitmaker has heaped praise on his seven-year-old girl – whom he has with wife Ayda Field – and he claimed even at such a young age she’s already a much better singer than he is.

Speaking to the Daily Star newspaper’s Wired column, he said: “I’m not the most talented singer in my family, my daughter is more talented than me, Teddy is a fantastic singer, really.

“Already she’s got a musical ear and it’s incredible.”

Robbie – who also has daughter Coco, 15 months, and son Charlie, five, with Ayda – also revealed his plans for the festive season, as he teased a solution to an early Christmas wake-up call.

He added: “What I might do is not tell them it’s Christmas, so then they don’t go up too early… as they’re not excited and then I’ll go: ‘Surprise, Santa has been.’ ”

Meanwhile, daughter Teddy actually makes an appearance on the track Home – which appears on Robbie’s new album The Christmas Present – although he will be holding onto the song earnings until she’s old enough to manage her own money.

Read More: Robbie Williams teases he’d be up for I’m A Celeb next year

The Let Me Entertain You star recently said: “No, not yet. I’ll be keeping them.”

Already she’s got a musical ear and it’s incredible.

Asked if she will get a mention in the credits, he replied: “I don’t know, it’s not a duet, it’s only a very small bit.”

The 45-year-old singer shared how he just heard Teddy singing in their home studio one day and was blown away by her voice.

On how the feature came about, he said: “Teddy is on a track called Home.

“I have a studio in my house and the kids wander down.

“This particular time she was singing and I said, ‘You sound great, baby – do you think you can remember these words?’. She knocked it out of the park.”

Leave us a comment on are Facebook page @EntertainmentDailyFix and let us know what you think of this story.