Robbie Williams celebrated his mum Janet's birthday yesterday and fans got a sneak peek into the celebrations.

The superstar singer and reality show judge was captured by his wife, Ayda Field.

And, judging by the fun everyone was having, Janet had a wonderful time.

Robbie's wife of eight years and the mother of Teddy, six, Charlie, four, and baby Coco, allowed fans a ring-side view of the celebrations, which included Robbie singing Kool & The Gang's Celebration. 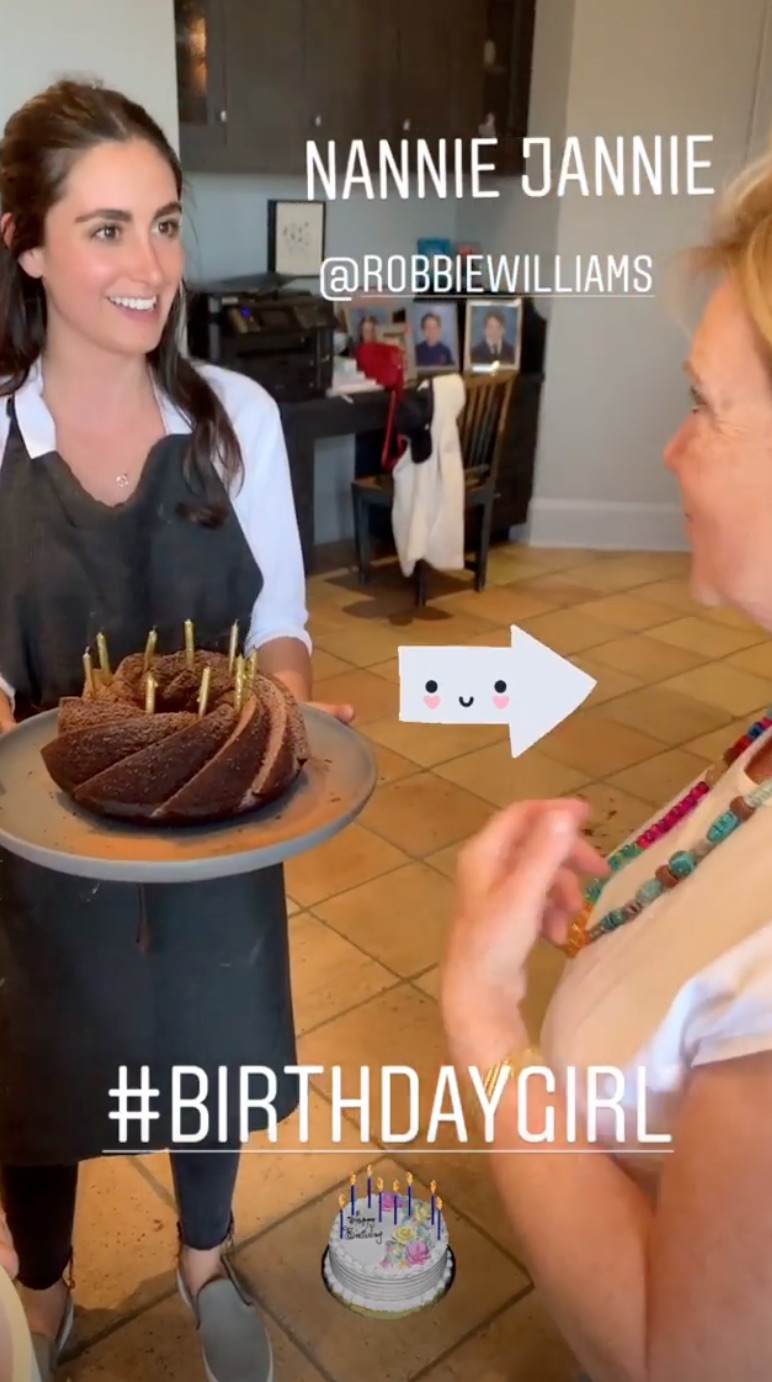 And, referring to her youthful looks, "soap and water".

After posting more fun party snaps, fans were quick to join in the celebrations.

One complimented Janet on her youthful looks. 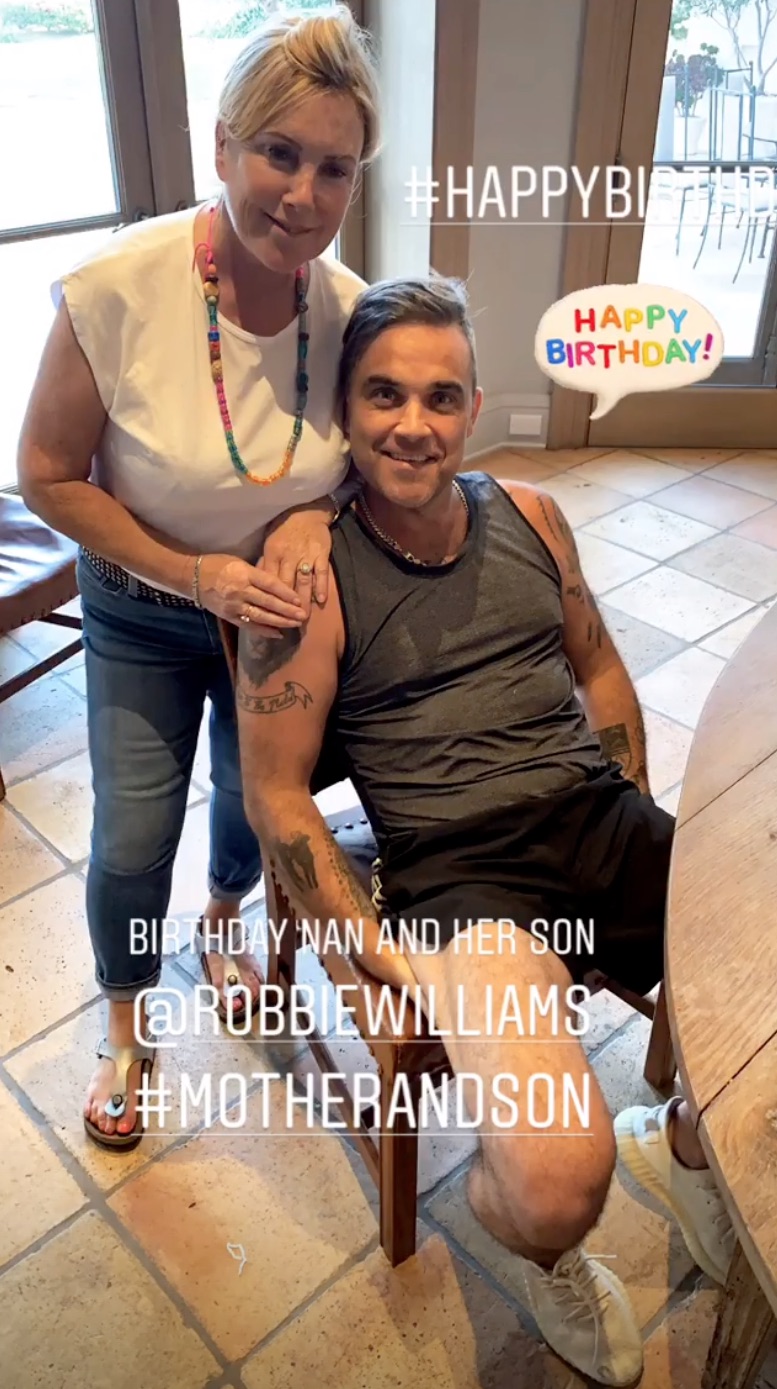 Another wrote: "Happy birthday! You're looking so young!"