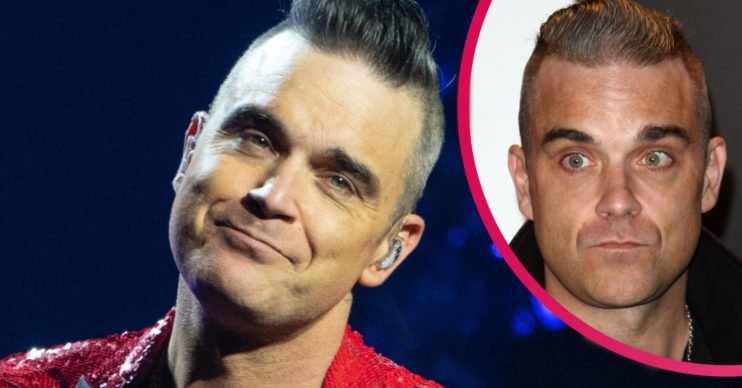 He originally moved to America for anonymity...

Robbie Williams says he has a huge career regret. The singer, 46, says he wishes he’d given cracking America a proper go.

Although the former Take That star has lived in Los Angeles for numerous years, he’s never had a major hit Stateside.

Appearing on Saturday night’s Jonathan Ross Show, he said he initially moved to Los Angeles to be anonymous.

But, looking back, he wishes he’d taken up lucrative offers that came his way across the pond.

What has Robbie Williams said about his career regrets?

Robbie told Jonathan: “I just thought I’m not going to promote anything, go live there and be anonymous and enjoy the spoils of what I’ve achieved.

“What else do I want? I got offered nice things and turned them down.”

Elsewhere in the interview he spoke of his challenging-yet-rewarding time in lockdown.

Under strict lockdown rules in LA with wife Ayda Field and their four kids, Robbie said they’ve become closer than ever this year.

How old are Robbie’s four children?

Robbie explained: “I’ve got four babies now, four kids. I had my hands full but it’s been incredible as they now think I’m a stay-at-home father.

“This is the first time I’ve been out of the house for eight or nine months. COVID has been awful, but being a dad and having structure and being with them every day has been beautiful.”

Despite Robbie’s regrets at not becoming a household name in the USA, he has had significant success with his Vegas concerts.

However, his hit stage show at Wynn Las Vegas casino was forced to close due to COVID restrictions.

He announced in April he had cancelled his upcoming Robbie Williams – Live In Las Vegas shows due to COVID-19.

He said at the time: “I’m very sad that the July Vegas shows are now cancelled, but obviously the current global crisis requires them to be.

“I look forward to coming back and performing at Wynn Las Vegas when the situation allows me to – in the meantime please everyone stay safe and well.”

Up until then he and his young family were living in Las Vegas. But they relocated to their Los Angeles home to self-isolate following the concert cancellations.

What do you think of our story? Let us know on our Facebook page @EntertainmentDailyFix.