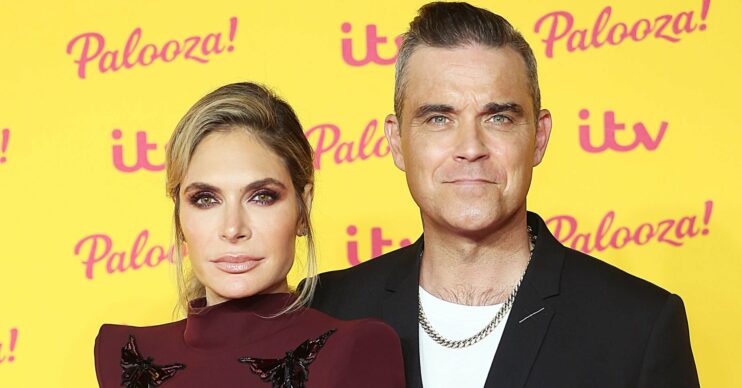 Robbie Williams recently showed off his buzz cut after being given a new ‘do by wife Ayda Field.

And now it seems their children are following in his footsteps!

And we have to admit it looked a lot like his dad’s.

What did Robbie Williams’ wife say about the haircut?

“Charlie decided to get his first big boy haircut. Mommy was nervous,” wrote Ayda, posting before and after shots of her son’s stylish new hairstyle.

She then posted a photo of Robbie and Charlie together after the haircut was complete.

She said: “He now looks just like his daddy #likefatherlikeson.”

It isn’t the first time Ayda has played hairdresser to her family.

Last week, she took the clippers to her husband’s overgrown locks and shared the results on Instagram, joking that she’d be keen to try out her skills on other people in future.

Luckily for both Robbie and Charlie, she seems to have done a pretty good job!

According to Ayda’s Instagram stories, the family seem to have been enjoying some time off recently.

Ayda has been posting photos of herself and some friends taking a well-earned break somewhere sunny over the past few days.

Over the weekend, the model and actress posted a stunning video of her dancing in a bikini on a boat.

“She’s off duty 😜#momsgonewild,” she wrote alongside the clip, which has since been viewed over 170,000 times.

How many children do Robbie and Ayda have?

Robbie Williams married model and actress Ayda in 2010 and the couple have four children together.

The couple later welcomed Colette Josephine, known as Coco, via a surrogate in September 2018.

On Valentine’s Day 2020, they then welcomed their youngest child, Beau Benedict Enthoven Williams. He was also born via the same surrogate who carried Coco.

“As with Coco, he is biologically ours, but born via our same incredible surrogate,” the couple shared on Instagram after the birth.

“We are so blessed to have our healthy son safely in our arms. We are officially complete as a family.”