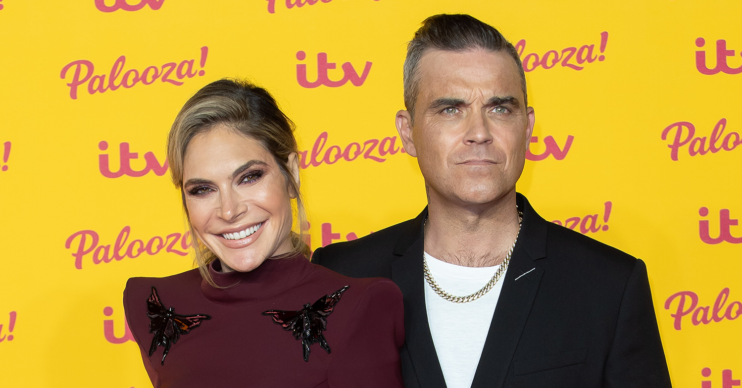 Don't let them near your pool!

Singer Robbie Williams and his wife Ayda Field have disgusted fans by revealing a rather revolting habit.

And, far from happening in the comfort of their own home, the pair have admitted they do it when they visit other people’s houses.

The couple – who previously appeared on The X Factor judging panel – have revealed they love to pee in other people’s swimming pools.

They made the overshare to the Daily Star.

Should the couple’s celebrity friends be reading, we suspect the invites will soon dry up!

Robbie kicked things off with a mildly gross confession about urinating in the shower.

I go to other people’s houses to pee in their pools.

He said the shower isn’t often “one of the places” he feels “the need to pee”.

However, it appears he does feel the need in the swimming pool.

The former Take That singer revealed: “I peed in the pool yesterday. I go to other people’s houses to pee in their pools.”

Read more: Robbie Williams has got his first mobile phone after 14 years and is obsessed

Robbie compared himself to a dog by insisting that he does it on purpose in order to mark his territory.

The superstar added: “Then it is my pool. I own it. Like dogs’ pee. That’s all I do in pools.”

We’re back with our podcast series (Staying) At Home With The Williamses. Like everyone else, we’ve been stuck indoors so we thought this would be the perfect opportunity to bring you back into our home. The first episode has just landed and you can expect to hear from us regularly from here on through. Listen & Subscribe via the link in bio.

And in case you thought Ayda was more refined in her habits, think again. She loves nothing more than a sneaky wee in her friends’ mansions.

And she added that she has done her business countless times in the shower.

“I have peed in the shower too but it’s more of a dribble down as a female, whereas guys can aim. For sure in a pool as well,” she cheekily added.

One fan was clear about their response to the couple’s confessions.

“They wont be allowed to use my pool when they come over,” the person concluded.

What do you think of this story? Just a bit of fun or too much information? Go to our Facebook page @EntertainmentDailyfix and leave a comment to let us know.