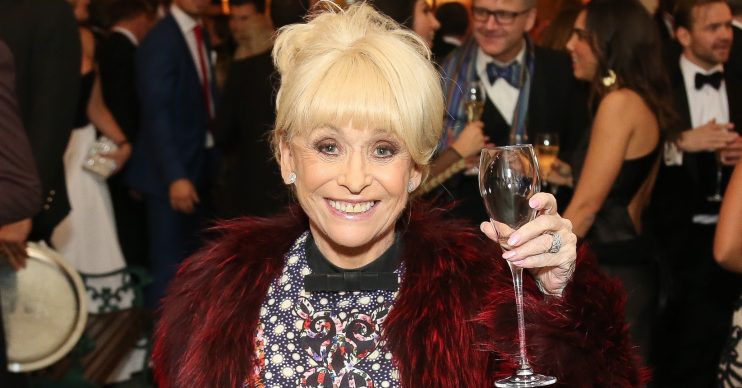 Rita Simons has admitted it is “hard” to visit her former EastEnders co-star Dame Barbara Windsor, who is battling Alzheimer’s.

The actress – best known for playing Walford’s Roxy Mitchell – told The Sun that she recently paid a visit to the soap legend, who was diagnosed with the progressive condition in 2014.

Rita said the 82-year-old still has her “funny, cheeky spark” and was thrilled that Dame Barbara recognised her.

She said: “She remembered me and I was pleased because Scott [Mitchell] her husband had said, ‘If she doesn’t recognise you, please don’t be offended.'”

She added: “I’ve always known Barbara as the funniest, sharpest, wittiest, life and soul. She’s still got that funny, cheeky spark, but it’s hard to visit her.”

Dame Barbara was diagnosed with Alzheimer’s disease in 2014, but did not go public with the news until 2018, when it was announced by her husband.

Read more: Soap fans fear Corrie, EastEnders and Emmerdale will be shut down amid coronavirus

He told The Sun at the time that he hoped that speaking out would help others with the disease.

He said he also wanted the public to know, because the actress loved chatting to her fans.

He said: “Rather than me living in fear she might get confused or upset, they’ll know that if her behaviour seems strange, it’s due to Alzheimer’s and accept it for what it is.”

The actress stepped down from the BBC soap in 2016 after playing Peggy Mitchell between 1994 and 2016.

“She’s lovely,” he said. “I go round and see her but it is getting harder.

“I can’t reiterate enough how much Scott is doing for her. He is going above and beyond in the way he is looking after her.”