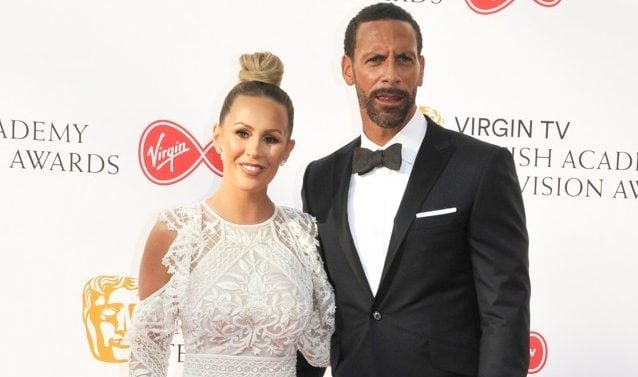 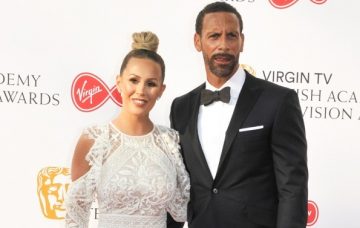 The couple got engaged during a holiday in Abu Dhabi

Rio Ferdinand was left emotional over his son Lorenz’s reaction to his engagement to Kate Wright.

The retired footballer, 39, popped the question to ex-TOWIE star Kate, 27, in front of his three kids on holiday in Abu Dhabi.

After sharing the happy news on Instagram on Thursday, Rio took to his Instagram stories to share a message written by his son Lorenz, 12, and it seems the little boy couldn’t be more thrilled for his dad and Kate.

Lorenz commented the cutest message to his dad and Kate on Rio’s engagement post, saying: “So glad she said yes I am so proud of u dad and Kate love u both so much. (sic).”

Rio then posted a screenshot of the comment and replied: “My boy is trying to make his dad all emotional and [bleep].”

On Thursday, Kate and Rio announced the news that they were engaged.

Rio revealed his children – Lorenz, Tate, ten, and seven-year-old Tia – knew he was planning to get down on one knee but managed to keep it a secret from Kate!

Both shared pictures from the happy occasion showing the kids first watching the big moment and then congratulating the couple.

The couple were introduced by mutual friends at the start of 2017 and they immediately clicked.

Kate decided to step away from the limelight, quitting reality TV in order to focus on her new role as a stepmum to three young children two years after Rio’s wife Rebecca – the mother of his kids – tragically passed away from breast cancer.

Kate shares an extremely close bond with Rio’s children and during an interview with Daily Mail’s You Magazine in August, she revealed the kids were keen for her and Rio to have a child.

She said: “The kids would like a little brother or sister; they say ‘I dreamt that you were pregnant’. But right now we’re just happy with our little unit.”

What did you think of Kate and Rio’s engagement news? Leave us a comment on our Facebook page @EntertainmentDailyFix and let us know what you think.