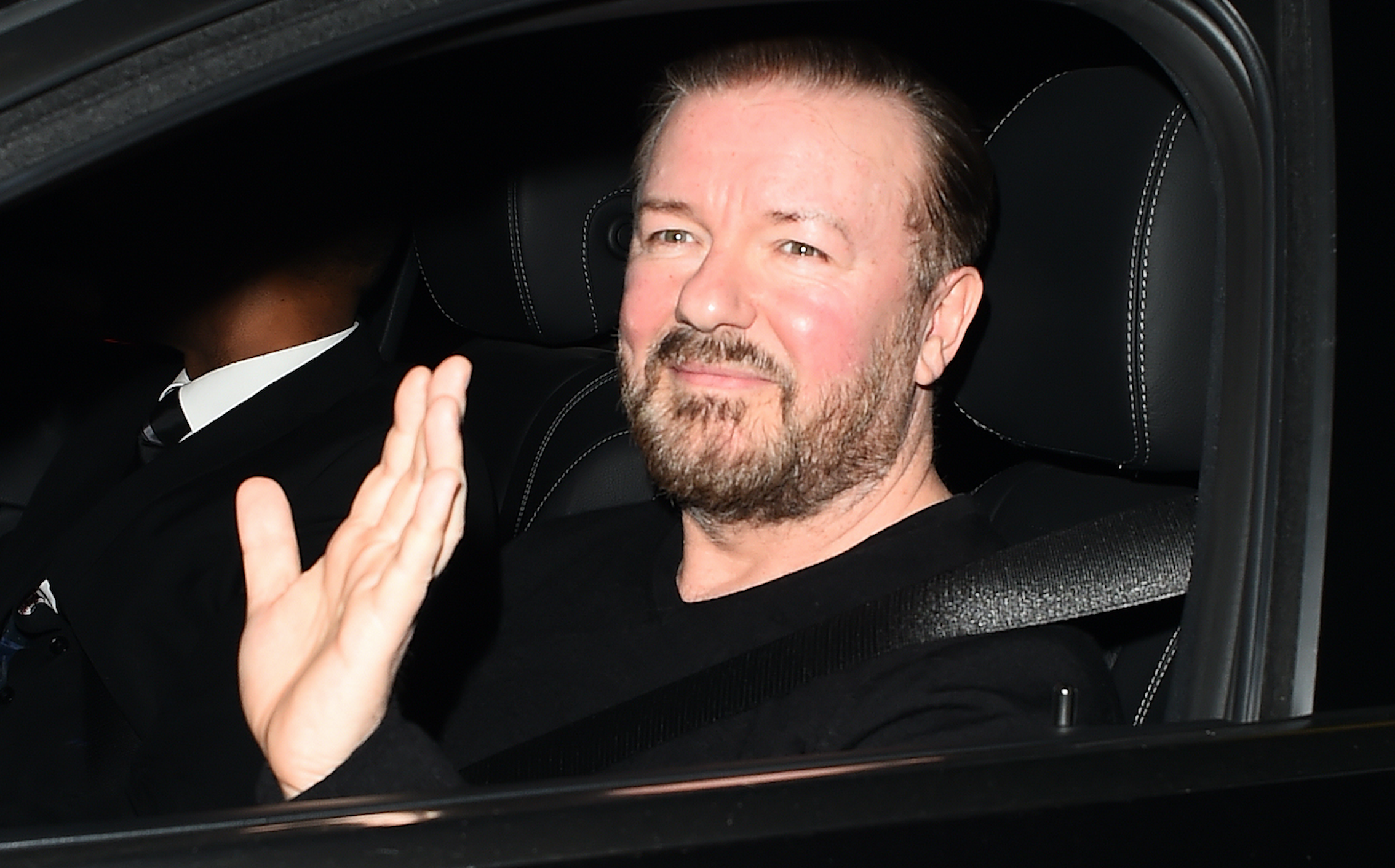 Star has taken swipes at celebrities throughout the pandemic

Comedian Ricky Gervais reckons famous faces should not be in contention for the British honours system awards.

Ricky, 56, said during a recent interview that he believes NHS and front line workers should receive the recognition instead.

The star has taken swipes at celebrities throughout the coronavirus pandemic for whinging about their lot during the crisis.

And in his latest comments, he also laid into fashion and beauty designers, as well as celebrities.

He said: “I never want anyone to complain about the NHS again, or nurses or doctors or anyone on the front line.

“We’ve got to remember we clapped for them and that should always be there.

The New Year’s Honours list should not go to celebrities this year.

“The New Year’s Honours list should not go to celebrities this year. It should go to those people.”

Speaking on the Christian O’Connell radio show, he continued: “Give it to someone who gave a kidney to a stranger, not someone who invented a new type of mascara.

“Christ, it’s not that hard. People are finding cures for cancer and AIDS.”

‘I just don’t want to hear it’

He told The Sun: “These people are doing 14-hour shifts and not complaining. Wearing masks, and being left with sores, after risking their own health and their families’ health selflessly.

“But then I see someone complaining about being in a mansion with a swimming pool.

Ricky also noted in his most recent comments that celebrity fame is an illusion, claiming reality stars may be struggling to achieve acceptance.

He said: “People think fame can make them happy. Then they’re like, why am I not happy? People don’t realise having worth is a huge thing to tick off before you can feel happy. And fame’s not the place for it.

“I see these reality shows they go on and they’re bordering on mental illness in a way. People think ‘oh if I could just be loved and accepted by strangers I’d be happy’. No, that’s not true either.

“You’ve got to learn to love yourself.”