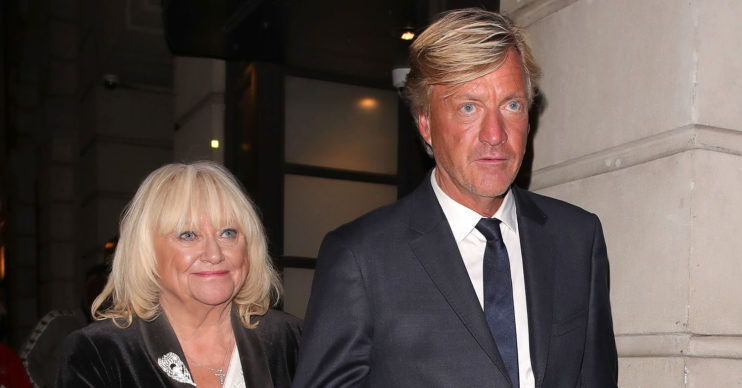 The presenter sees the plans as "profoundly unfair"

Television presenter Richard Madeley has hit out at the government’s request for over 70s to quarantine for 12 weeks.

The Richard and Judy star, 63, believes it is “profoundly unfair” that he won’t be able to leave the house with his wife Judy Finnigan, 71.

Speaking to The Sun, he said: “Because I am 63 that would mean Judy and I couldn’t go out together. It’s ludicrous.”

He went on to say that he believes that the government was unfairly targeting one at-risk group – the over 70s – while ignoring others.

This includes asthma sufferers, those with other pre-existing conditions and those of BAME ethnicity.

It is estimated 1.28 million people in the UK have received the letter to date.

Matthew Hancock originally announced plans for the letter back in March.

He told Sky News: “The first thing we’re going to do is set out exactly what conditions that applies to.

“We expect about 1.4 million people to then get a communication from the NHS to say that they are part of this and what they need to do.”

Judy appears to be finding the coronavirus pandemic just as challenging as her spouse is.

In her column for the Daily Express she complains about “wallowing” news coverage.

She writes: “Sometimes if feels uncomfortably as if TV news is wallowing in tragedy, not simply reporting it.”

She continues: “Do we really need to be shown so many interviews with the terribly distressed relatives of those who’ve lost their struggle with the virus?

“Surely we all know what grief does to us? It makes us weep; it makes us despair.”

She even adds that she finds the extensive news coverage of COVID-19 to be “exploitative”.

The telly star explains: “Repeatedly showing it as items three and four of that night’s news running order seems well, I’m sorry to say it: exploitative.”

Richard and Judy hosted their hugely popular shows up to 2009, and have been reappearing together on This Morning since last year.