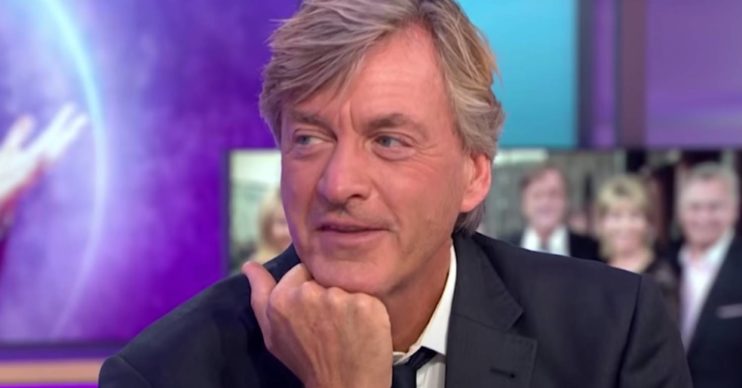 Richard Madeley has provoked a mixed reaction on social media with his views on the coronavirus pandemic.

The TV presenter claimed in the Sunday Express that the impact of the global killer virus in the UK has been “over-estimated”.

What did Richard Madeley say about coronavirus?

Former This Morning star Richard, 64, suggested lockdown went too far as he related a personal anecdote about somebody passing away from emphysema.

He believes deaths attributed to coronavirus “were in fact completely unrelated to the disease”.

Richard continued: “We have consistently (and I’d say flagrantly) over-estimated the threat of Covid-19, starting with the absurd prediction of 500,000 deaths.”

He also questioned whether lockdown “was actually worth all the suffering caused”.

Richard also claimed people will view lockdown as  “one of the most catastrophic misjudgments a British government has ever made”.

We have consistently (and I’d say flagrantly) over-estimated the threat of Covid-19.

While some readers on Sunday Express’s social media echoed some of Richard’s thoughts, the article came in for a barrage of criticism on Twitter.

Users of the social media platform blasted his views as ‘irrelevant’, ‘uninformed’ and ‘ridiculous’.

Scores of observers also humorously questioned what scientific credentials Richard has to back up his claims.

Many also compared Richard’s views to beliefs recently expressed by Denise Welch who is concerned the effect of scaremongering is having on the population’s mental health.

Piers Morgan has publicly slammed Denise’s beliefs as “dumb, deluded and dangerous”, although she has also received much support.

But several Twitter users today (Sunday, August 6) were witheringly sarcastic about Richard’s authority on the subject.

“I see some people have learnt new skills during covid. Richard Madeley has managed to get all their medical training done in 5 months, amazing,” joked one person.

Another wrote: “I was starting to become convinced that covid was real by all the deaths and scientific papers on it being published by reputable medical journals. But now Richard Madeley says it’s a hoax I don’t know what to think.”

And a third person chipped in: “Delighted to discover that the most eminent scientists in the UK (Denise Welch and Richard Madeley) have proven conclusively that Covid is a sham. So everyone who has lost people to it can sleep peacefully in the knowledge they’re not dead.”

However, not everyone thought that the publication of Richard’s claims was a laughing matter.

One person suggested: “Can we make Richard Madeley and Denise Welch meet up with NHS staff, COVID victims or their families to discuss with them there expert opinions on all of this?”

Another furious tweeter wrote: “Until Richard Madeley and Denise Welch are personally affected they don’t care.”

And a third person reflected: “I think you’ve got to be damn sure you’re correct before suggesting such things. I wouldn’t want that on my conscience if I was wrong.”