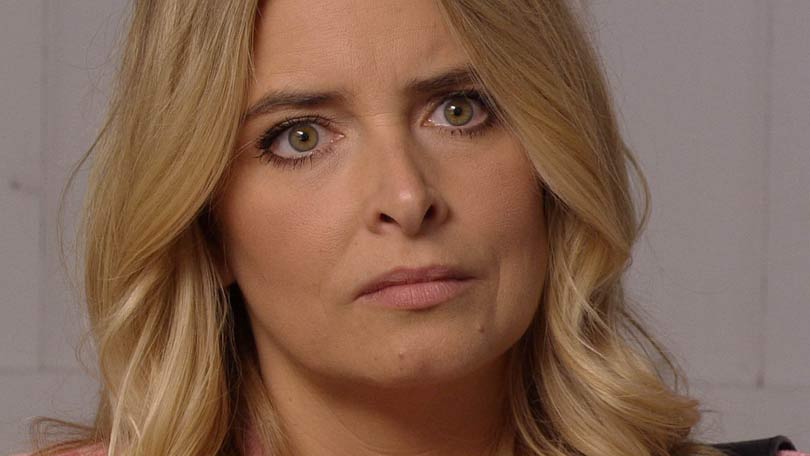 It's not who you think!

Emmerdale bosses have finally confirmed what fans have wanted to know for weeks.

Ever since Charity Dingle revealed she’d had a secret son when she was just 14, viewers have been speculating about his true identity.

However, we now know it’s none of these!

In fact, Charity’s son will be played by newcomer James Moore.

In scenes to air this week, Charity will discover the shocking news that the son she believed had died just after childbirth, had in fact survived.

Viewers discovered this in the special flashback episode aired on Tuesday 29 May.

Next week, we will be introduced to Ryan Stocks, and will “gain further insight into the missing pieces of Charity’s past”.

Charity will learn that Ryan has Ataxic Cerebral Palsy, but Ryan is not afraid to challenge misconceptions about his disability.

In fact, we’re told he’s feisty and not willing to conform – sounds just like his mum!

Will Ryan forgive his biological Mum for leaving him all those years ago?

Acting Series Producer Kate Brooks told us: “We are absolutely delighted to welcome James to the show; an actor of real skill, talent and charisma.”

She added: “As to be expected with his Dingle heritage, the character of Ryan is feisty, funny and reckless, and with an unquenchable zest for life.

“Ryan will not only turn Charity’s life upside down, but also the wider Dingle clan as his arrival throws a massive spanner in the works.”

Fans hoped for the best, with one tweeting: “Hope he’s a nice, normal lad. We need more of those in Emmerdale. Hope he is nice to Charity!”

Addressing the actor’s disability, another wrote: “Bringing someone into the show with ataxic Cerebral is incredible, will raise awareness of the condition. But to see actors/actresses with a disability not letting it difine them in life makes me proud & it’s not letting mine get in the way of my career.”

Another said: “This will be a great storyline I can’t wait to meet Ryan & hopefully the nasty man will get his comeuppance? Emma has really played a blinder during this storyline & I must admit it is nice to see another side to her?”

Talking about his new role, James said: “I’m so excited to have joined the Emmerdale cast. Everyone is so welcoming and friendly and I’m having a great time playing Ryan.

“I leapt a mile when I got the call and I was over the moon to hear that I had got the part.”

Charity has believed her son was dead for 27 years. Will his reappearance mean she has evidence to convict her rapist DI Bails?

And will she be able to come to terms with the guilt of abandoning her baby?

Are you looking forward to meeting Charity’s son? Leave us a comment on our Facebook page @EntertainmentDailyFix and let us know what you think!