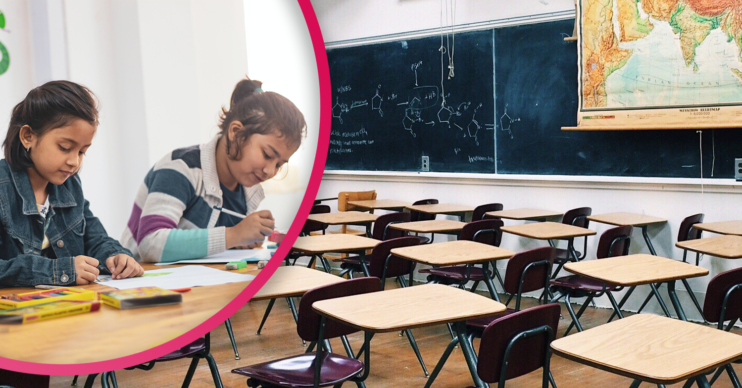 However, getting kids back into classrooms is "not up for debate"

Reopening schools could spark a second wave of coronavirus, scientists have warned.

Boris Johnson plans to reopen schools “in full” next month, with all pupils returning to classrooms.

However, a study in the Lancet has claimed that it could trigger a huge second wave.

Experts reckon that twice as many people as before could infected with coronavirus.

And they say the peak could arrive in December, just in time for Christmas.

However, the study claimed there is a way to stop the second wave from coming while also keeping schools open.

Read more: Will Young devastated as twin brother passes away

It suggests the UK’s test and trace system need to be drastically improved to avoid a new peak.

The study was carried out by University College London and the London School of Hygiene and Tropical Medicine.

It found that “with increased levels of testing and effective contact tracing and isolation, an epidemic rebound might be prevented”.

The worst case scenario, however, would be an outbreak 2.3 times bigger than before.

Currently, only 50% of those contacted and told to isolate are doing so.

However, scientists say 75% need to isolate to prevent the second wave.

And, without drastic improvements in testing, the scientists say it will be “absolutely essential” to introduce other measures in September to mitigate the effects of schools opening.

He revealed: “This virus is capable of surging back really quickly and is actually doing so in most countries where there’s been success at getting it under control.”

He added: “And, as it surges back, the way you stop outbreaks developing is through having well-functioning contact tracing linked to testing, with isolation of people who’ve got symptoms or who’ve been in contact.”

One thing is clear – schools are going to reopen in full in autumn. That is not up for debate.

He concluded: “If we can do that, and do it well, then the surges are kept really small, they’re dealt with quickly and life can go on. If, on the other hand, this testing and tracing and isolation just is not done properly, then you get very bad surges occurring and this will lead to economic challenges.”

However, it appears, the subject of schools reopening isn’t up for debate.

Reopening schools “not up for debate”

Speaking earlier today, minister Simon Clarke told Sky News: “One thing is clear – schools are going to reopen in full in autumn. That is not up for debate.”

He added there was nothing “gung ho” about the Prime Minister’s plans to get children back to school.

“There is little doubt about the major damage it does to children’s education not to be [in the classroom]. It’s disrupted every child’s education,” Clarke added.

Earlier this week, Downing Street hinted pubs could close so that schools could reopen.