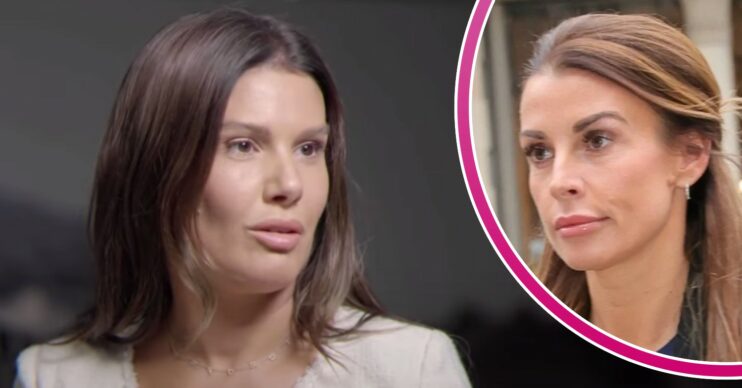 Rebekah Vardy makes cryptic ‘karma’ confession as she declares: ‘I know a lot of stuff’

Rebekah Vardy, who lost her Wagatha Christie libel case to Coleen Rooney, has made a cryptic ‘karma’ confession.

In a tabloid, the 40-year-old said she still has “some” footballers’ wives and girlfriends among her circle of pals.

Former reality TV contestant Rebekah also indicated she has given advice to a “lot” of WAGs.

However, Rebekah mysteriously hinted she keeps schtum about a “lot” of “stuff” she knows, believing karma “comes around”.

Rebekah denied an accusation by Coleen in 2019 that her Instagram account was the source of leaked stories and sued Coleen for libel.

Last Friday (July 29), a judge ruled in favour of Coleen, several weeks after the trial came to an end in May.

“The claim has been dismissed. The defendant succeeded that the essence of the libel was substantially true,” the ruling said.

Rebekah subsequently said she was “devastated” by the judge’s findings.

In her interview with The Sun, Rebekah claims ‘life’s too short’ to hold grudges.

But she also claims the trial’s cross-examination was “atrocious”, she was “bullied” and “manipulated”.

“I was [bleep]-shamed, I was shamed for things that I had done 20 years ago or more. I felt bullied,” she alleged.

Additionally, Rebekah added she “felt like a murderer at times”.

Furthermore, even though she has “no regrets”, Rebekah suggests she would’ve changed how the case was “driven by a narrative bias”.

Rebekah also shrugs off any friends and fans lost during the protracted dispute.

She insists she prefers to keep her husband’s work separate from their personal life.

Nonetheless, she adds: “So in terms of other wives and girlfriends, yeah I am still friends with some. A lot of them would come to me for advice. A lot asked me a lot of things.

I know a lot of stuff… but I keep quiet.

“I gave a lot of advice to certain people who will not be named. I know a lot of stuff… but I keep quiet. Karma comes around in its own time.”