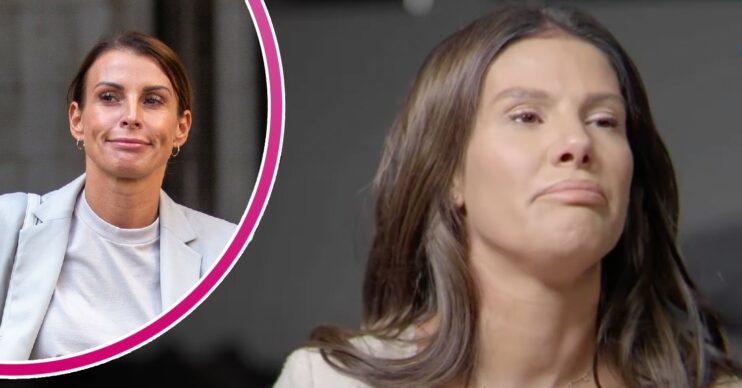 The interview will air tomorrow

Rebekah Vardy’s upcoming interview on TalkTV will see her break down in tears, a new preview clip has shown.

The interview will be her first since she lost the Wagatha Christie trial last week.

Last week saw the conclusion of the Wagatha Christie trial.

For those not in the know, back in 2019, Coleen Rooney accused Rebekah of leaking stories about her to the press.

Rebekah denied the accusation and sued Coleen for libel.

However, on Friday, it was revealed that the judge had ruled in Coleen’s favour, meaning Rebekah lost the case.

Judge Justice Steyn said that Coleen had succeeded in establishing that the essence of her social media accusing Rebekah was “substantially true”.

“I have found that Ms Vardy was party to the disclosure to The Sun,” she said.

She also accused Rebekah of condoning and actively engaging in leaking stories.

Earlier today, it was revealed that Rebekah will give her first TV interview since the trial with TalkTV tomorrow night (August 3).

In the interview, Rebekah will speak to Kate McCann about the result of the case.

“Oh come on, you can’t ask me that!” Rebekah tells Kate in the preview clip.

She continues, saying: “I will say that till I’m blue in the face. I did not do it!”

At one point, Rebekah says “I’m going to cry”, before covering her face with her hands.

The interview comes just days after Rebekah revealed her disappointment over the trial’s result.

The 40-year-old released a statement following the announcement of the result.

“I brought this action to vindicate my reputation and am devastated by the judge’s findings,” she continued.

She then continued, saying: “The judge accepted that publication of Coleen’s post was not in the ‘public interest’ and she also rejected her claim that I was the ‘Secret Wag’.”

She then asked for those abusing her and her family to stop as the trial is now over.

Rebekah Vardy: Coleen and Me will air tomorrow (Wednesday, August 3) at 7pm on TalkTV.